1. Lady Emily Ashton is Colin Hargreaves' fiancée in Tasha Alexander's historical mystery series that begins with And Only To Deceive.

2. Albert Campion's heart is captured by Amanda Pontisbright, who later becomes his wife. She first appears in Sweet Danger, the fifth in Margery Allingham's Campion series.

3. Detective Inspector Gemma James is married to Scotland Yard Superintendant Duncan Kincaid in Deborah Crombie's current novels, but in the first of the series, A Share in Death, she is just his eager assistant.

4. Alan Markby meets his love interest, Meredith Mitchell, in the first of Ann Granger's Mitchell and Markby series. She is a family member of the murderee in Say it with Poison.

5. Corinna Chapman, the baker and owner of Earthly Delights, a bakery in Melbourne, Australia, has the delight of Daniel Cohen in her life. This is the second series written by Kerry Greenwood. Cohen is ex-Israeli commando turned helper to the lost in Melbourne.

6. Rina Lazarus lives in wedded bliss with LAPD Detective Lieutenant Peter Decker in a series written by Faye Kellerman. The latest in this series is Gun Games.

7. Cop Charlie Piotrowski has needed Cupid's help to attract Professor Karen Pelletier in the Joanne Dobson series about an English Professor at Enfield College in Massachusetts.

8. Carol Jordan is a Detective Chief Inspector who hooks up with Dr. Tony Hill, a forensic psychologist and profiler in Val McDermid's series, which takes place in northern England. Their latest outing is The Retribution.

10. Detective Inspector Roderick Alleyn meets the love of his life, Agatha Troy, while on vacation in Ngaio Marsh's Artists in Crime. There is an in-depth report later in this blog post.

12. Bill Smith is an army brat Private Investigator who partners with Lydia Chin in New York City to solve crimes. This series written by S.J. Rozan whose 2011 Ghost Hero is a finalist for the Dilys Award.

13. Harriet Vane is pursued by ardent amateur sleuth Sir Peter Wimsey through many volumes before she finally consents to be his Valentine. But when it comes to romance, the circumstances surrounding Strong Poison, the book in which these characters meet, do not give this couple an ideal start. Harriet Vane is on trial for murder at the time!

14. Sheriff Walt Longmire and Victoria Moretti are cops and  potential lovers in the wonderful Craig Johnson series based in Absaroka County, Wyoming. Their latest adventure is Hell Must be Empty and since I have not read it yet, for all I know they are still dancing the tango.


Ngaio Marsh's Artists in Crime
This is an example of how one couple still managed to get together even though they first meet under very inauspicious circumstances. 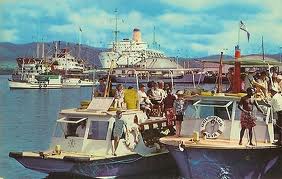 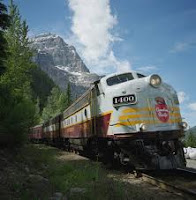 Detective Inspector Roderick Alleyn has been having a long holiday in New Zealand, which turned out to be a busman's holiday, as chronicled in Vintage Murder. He has taken the long way home, starting with an ocean cruise that stopped at ports in Fiji, Hawaii and, lastly, San Francisco. While in the port of Suva, Fiji, his eye is caught by a lovely young artist, Agatha Troy. She is sitting on a lifeboat trying to capture the harbor scene. They seem to strike sparks off each other, so they avoid each other all the way from the ocean liner to the wonderful trip across Canada on the Canadian Pacific railroad.

Agatha Troy is going back to a household of art students whom she is to teach for the next several weeks. Alleyn, who still has some few days of leave left, is going to spend some time with his mother. These households are somewhat close to each other. 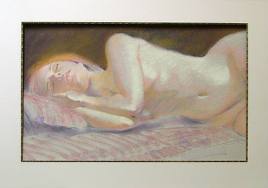 This is a motley crew of artists at Tatler's End, Troy,s home. The students and the model settle in for the painting of a recumbent nude. As with all artistic people, there are some disturbances, but the greatest of these is the murder of the vivacious young model. Since Alleyn is staying in the vicinity, he is asked to go to Tatler's End to investigate. Alleyn is not sure about this case because he really wants to follow his heart, which tells him that the woman he is falling in love with cannot possibly be a murderer. His head, on the other hand, is very well trained and he has associates who will keep his mind on the job.

The cast of suspects is large, with so many people in the house, and much of the story revolves around who was where and when, then who left and at what time, and the merry-go-round typical of some classic mysteries. My eyes did glaze over once or twice with the recounting over and again of time schedules and itineraries.

All's well that ends well––except for the model who was, in any case, walking a perilous line. Readers of Marsh know that Alleyn and Troy are made for each other and are together in future books, so this is a delightful introduction to their relationship.

This cartoon from the New Yorker may represent all of our couples in the later years of their relationship.