Yashim the Eunuch, lala (trusted advisor or protector) to Sultan Mahmud II, is the unusual protagonist in historian Jason Goodwin's The Janissary Tree. The book is set in 1836, 10 years after the Sultan had disbanded his rebellious Janissaries and executed their leaders, and the Ottoman Empire was beginning to crumble.

The Janissaries had been the sultan's elite forces and personal guards for almost five hundred years but, like the infamous Roman Praetorian Guard, came eventually to wield enough power to become kingmakers––and breakers––themselves. The force was originally made up of young Christian sons from territories the Ottoman Empire had conquered. The boys were taken forcibly from their families, converted to Islam, and trained in warfare. They were a fanatical and ferocious band of brothers, and enough of them had survived the purge to be a matter of concern for Mahmud, who is about to issue what he knows will be a wildly unpopular edict modernizing the political structure of the entire Ottoman Empire.

The Sultan, a forward-thinking half-European man, had replaced his faithless Janissaries with a modern Western-style Guard after his father and other family members were butchered during the bloody rebellion. He had survived only because his mother, the Valide Sultan, had hidden him in her dirty laundry basket and defied the scimitar-wielding murderers who sought him.

The Valide herself has a remarkable history straight out of a Victorian gothic romance. A beautiful young French woman from Martinique, she was kidnapped by pirates and sold into the Sultan's harem on her way to France. A young friend who followed on a later ship made the trip safely, and eventually became Napoleon Bonaparte's beloved Empress Josephine. These two powerful women maintained the childhood friendship throughout their lives, despite the Valide's enforced seclusion.

Yashim the Eunuch is a bit of a mystery as well. He had come to Istanbul as an already-castrated secretary to a Greek functionary and merchant prince. After saving the lives of the women in the merchant's family during the Janissary uprising, he came to the attention of the Sultan, who found his skills and wit useful. Unlike most members of the Court, he lives outside the Topkapi Palace and carefully avoids its vicious internal politics although, as a technical neuter, he can go anywhere, even into the Sultan's harem.

You might not expect much from a eunuch in the bedroom, but a humorously steamy scene between Yashim and the wife of the Russian ambassador in whose bedroom he had hidden left me wondering a bit. While neither knew the word for "castrati" in the other's language, they managed to come to terms that were apparently quite gratifying to both parties. As the author mentions elsewhere in the book, but only partially explains, there are different levels of castration.

As the book opens, Yashim is sent for by three very important people. The Seraskier, commander of the Sultan's new guards, has inopportunely lost four of his best officers, last seen going out for dinner and a night on the town. Since a major demonstration of the newly-modernized army is planned in conjunction with the publication of the earthshaking new edict the following week, time is tight to find the missing men.

The Sultan, meanwhile, demands that Yashim find the strangler of the young houri selected to spend the night with him. While he had never even seen the girl, murder in the sultan's own harem was unthinkable. And the Valide Sultan threatens to never lend Yashim another of her French novels unless he can recover her missing priceless jewels, a gift from the Emperor Napoleon and his wife Josephine. 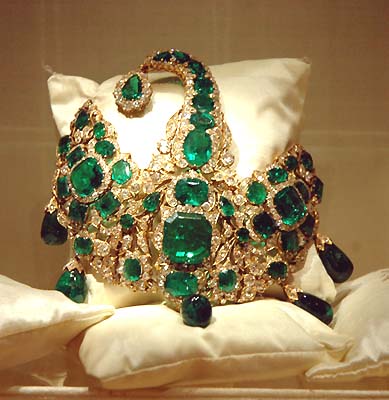 The solution of these puzzles will carry Yashim through all levels of society, from the ceremonial cauldrons of the Soup Makers' Guild to the Russian Embassy, and the stinking toxic vats of the leather manufacturers to the inner recesses of the harem.

While Yashim eventually puts all of the pieces together, this historical mystery is so replete with such fabulous characters and vignettes of the secretive society behind the silken veil that it reads more like Tales from the Thousand and One Nights than a straightforward mystery novel. Even Yashim's best friend and sidekick, the Polish Ambassador, has a complicated story and ambiguous position.

The fairly weak plot in this Edgar-winning first novel is completely overwhelmed by the characters and exotic setting, but the bits of Ottoman history and culture the reader is spoon fed (from a silver jewel-encrusted spoon!) and the fantastic characters make this a wonderful escape. I read it twice; first for the story and its solution, then again more slowly to revel in the moods and foods, smells and sounds of the exotic city and tumultuous times the author describes so eloquently. The Snake Stone, second in the series, is in my TBR pile awaiting my future wish for another extraordinary travel experience in space and time.