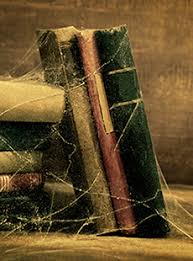 I was astonished when checking back to my fall previews to have actually read five of the books I had promised myself to read, and having the others in my queue. Very unusual for me; I'm usually much more an opportunistic than an organized reader. While Maltese Condor is remembering the joys of a whole snow day off from school for reading (weren't they wonderful?) and Della is traveling vicariously to pleasanter climes, I look forward to spending this winter in other times. Backward or forward looking, there are a number of interesting new releases this season. The world as viewed outside my window is looking pretty bleak and cold at the moment, and will certainly get worse before it gets better, so it's time to travel––elsewhen.

Concealed in Death (Putnam Adult, February 14, 2014) is the 38th entry in author J.D. Robb's long-running Eve Dallas series. Set around 2050 with just enough sci-fi elements to be plausible, the series is a curious mix of gritty procedural and steamy romance.

In this newest entry, Roark, Eve's hunky billionaire husband, is uncharacteristically getting his hands dirty swinging a sledgehammer during the demolition of an old building. When he uncovers two skeletons wrapped in plastic, he immediately calls Eve, a homicide detective. Turns out there are several more skeletons, all of young women, in the walls of the decrepit building. Research shows that it was once a halfway house for troubled teens.

I have only read a few books in this series, but am looking forward to envisioning the fastidious heartthrob Roark swinging a sledgehammer. Both Eve and Roark had horrific childhoods. Roark compensates by living luxuriously, while Eve rejects most of his efforts to spoil her. She is the consummate homicide cop; all she wants from him (except good sex) is the kind of information he can always seem to obtain so effortlessly when the police are stymied.

And while we're on the topic of fairy tales, Elizabeth Blackwell's While Beauty Slept (Amy Einhorn Books/Putnam, February 20, 2014) is a retelling of the Sleeping Beauty story sans magic (not quite sure how the author will pull that off.) Like Longbourne, it is told from the perspective of a servant in the household.

The narrator, Elise Dalriss, is the queen's personal maid and a friend to the princess in this tale set in medieval times. Early reviews of the book are sparse, but one reviewer refers to a character who is "truly evil." I remember the 13th (uninvited) fairy as more of an old crank than truly evil; this story never scared me in childhood. It is classified as historical fiction rather than mystery, and deals with how the nominally powerless women of the era managed their lives and fortunes satisfactorily in a male-dominated world. I enjoy both novels of political intrigue and reworked fairy tales, so will look forward to this one.

There are several excellent mystery series set in ancient Rome, including those of Lindsay Davis and John Maddox Roberts. But I must admit to a special fondness for Stephen Saylor's Gordianus the Finder in his Roma sub Rosa series. While Roberts's protagonist is the scion of a prestigious senatorial family, and Davis's Falco is always just a few coins away from his raffish lower-class origins, Gordianus is just a middle-class guy, blessedly unencumbered with embarrassing relatives, who tries to pursue his investigations in the tumultuous political stew that accompanies Julius Caesar's rise to power.

He has a gift for acquiring misfits. Bethesda, his slave and bed-mate, is the priestess of an ancient Egyptian cult very knowledgeable about poisons. In the early books, Gordianus is careful not to make her angry, or his next dinner might well be his last! Over the course of the series he rescues and adopts two boys––one a mute who later joins him in his business. And Diana, his daughter with Bethesda, is just as feisty and mysterious as her mother.

Raiders of the Nile (Minotaur, February 25, 2014) is the second prequel to this series, and follows Gordianus on his world travels with his (supposedly dead) tutor, Antipas. He has already acquired the sexy slave Bethesda, who will influence so much of his life. When she is kidnapped by men who mistake her for a rich man's concubine, Gordianus must scour Alexandria to rescue her amid the chaos of riot, revolution, and the theft of Alexander the Great's relics. I pre-ordered this book immediately; Saylor can't write fast enough for me.

Any book that refers to Golden Age author Dorothy Sayers catches my attention at once. The Sayers Swindle, by Victoria Abbott, released on December 3, 2013 (Berkley), is the second in a cozy series featuring Jordan Kelly, who finds and buys rare books for her wealthy employer. When the complete set of first-edition Dorothy L. Sayers's Lord Peter Wimsey novels that she has painstakingly acquired is stolen, Jordan tracks it down. She has to offer a rare Hemingway book to tempt Randolph Adams to sell back the Sayers collection, but Adams's greedy family want him to hold out for more. Then the entire family disappears, and a body is found.

There are no reviews for this book yet, so I couldn't tease out any more of the story. The first in the series, The Christie Curse, was well reviewed as a good puzzle mystery, so I will feel comfortable ordering this cozy. Victoria Abbott is the nom de plume for a mother/daughter collaboration, one of whom has published three other cozy mystery series.

Rural Ireland in the 16th century and a lady judge administering the humane and practical Celtic laws; everything in Cora Harrison's Mara stories appeals to me. When I read the first book, I was quite skeptical of women as judges and doctors in an age when English law treated women as chattel, so did a bit of research. Mara O'Davoren, the protagonist of the series, was in fact a real Brehon (judge) connected with the real foremost school of Celtic law in Ireland. Over the course of the series, Mara marries King Turlough, another historical character. Cross of Vengeance (Severn House, January 1, 2014 in the US) is the tenth in the series.

In the fall of 1519, Mara travels with her students to see a rare wonder, a splinter of the true cross. Pilgrims from all over Ireland are gathering to see the relic. When the church tower that houses it is burned to the ground, one of the pilgrims confesses to the arson. The next morning he is found murdered, his body posed as if crucified. It is up to Mara as Brehon to investigate, judge, and assign penalties for both crimes. As in the other Mara books, the conflict of legal systems comes into play; in this case there are three systems involved: Celtic law, English law, and Canon law. Whew! Harrison began her career as a writer of books for children, and the disciplined simplicity of her writing greatly enhances this luminous series of murder mysteries and clarifies the fascinating complex legal elements for the reader.

Our house is exposed to the winter winds, and nothing is quite as satisfactory on a gusty window-rattling night as curling up by the fire with a warming drink and a nice creepy ghost story. Jennifer McMahon's The Winter People (Doubleday, February 11, 2014) might be just the thing for a night like that. The author writes non-series thrillers, some featuring paranormal elements and really strange young girls. While I normally avoid zombie stories like the plague, this one appears to have some redeeming elements.

The town of West Hall, Vermont, is a strange and unsettling place, full of secrets. Alice decides to live off the grid and moves there, into an old house reputed to be haunted, with her daughters Ruth and Fawn.

One morning Ruth wakes up to find her mother just . . . gone. When the girls search the house for clues to Alice's disappearance, they find pages of an old journal written by a woman named Sarah Harrison Shea in 1908. Sarah had lost her daughter in a fatal accident, and was apparently going mad as a result. She had resorted to dabbling in arcane arts in an attempt to bring her daughter back. Shortly after writing the journal pages, Sarah herself vanished, never to be found. Several reviewers have mentioned the excellent creep factor and compared this book favorably to Stephen King's Pet Sematary.

Having disgraced myself with my greed at the Cyber Monday book sales, I should probably back off purchasing new books for awhile. But I know I won't. My TBR is wealth to me; there is no possible mood or circumstance for which I don't have the perfect book––somewhere, if I can just remember the title. Happy reading!
Posted by Periphera at 4:00 AM