An American Spy by Olen Steinhauer

The Cold War era was the heyday of the spy novel. The bad guys were Soviets or East Germans, and the action involved gray men in gray cities behind the Iron Curtain. When the Cold War ended, some thought that would mean the demise of the spy novel, but they were wrong. There will always be the "other," an enemy to hate and fear. Today, we have terrorists of various stripes, of course, but we also have a new bogeyman in town, and he's Chinese. As well as a change in adversary, modern spy fiction reflects other global developments. The conspiracies these days are worldwide, with each side forming shifting alliances with armies, terrorists, self-styled freedom fighters and tribes from every hotspot on the globe. Spies jet from New York to London to Geneva to Hong Kong and dozens of other locales, using all the latest technologies to try to outmaneuver each other.

An American Spy is as cynical as any Cold War novel, and at least as full of double- and triple-crosses. Milo Weaver, a former "Tourist" with the CIA, is recovering from a gunshot wound to the gut and the obliteration of his department, both orchestrated by Xin Zhu, an operative with China's security service. Milo wants nothing more than to make his exit from the spy business permanent, to join the civilian life and to be a regular husband to his wife, Tina, and father to his stepdaughter, Stephanie. But Alan Drummond, Milo's old boss, is determined to exact revenge on Xin Zhu, and he drags Milo into his scheme.

At the same time, Xin Zhu is threatened by more than Alan's scheme, as he finds himself––and, possibly, his beloved wife––the target of another plot by hidden enemies within his own security service. Milo will find himself and his family caught in the middle when Alan's scheme and the Chinese plot come together.

Here's where you notice a more subtle difference between Cold War spy fiction and Olen Steinhauer's Milo Weaver series. In the former, the operatives are usually lone wolves, with their personal relationships tending to be fleeting or emotionally barren. In An American Spy, family relationships are preeminent, not just to Milo, but to Alan, to Xin Zhu and to several secondary characters. The need to protect the family or to avenge harm done to family members forms the motive for much of the plot. It adds a different dimension to the spy story. 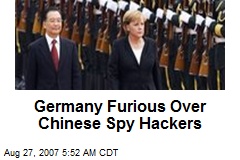 This is the third volume in the Milo Weaver series, following The Tourist and The Nearest Exit.  While this book can be read as a standalone, I don't recommend it. Almost 100 pages of the book go by before Milo Weaver even appears on the scene, and if you don't already know who Xin Zhu, Erika Schwartz and Letitia Jones are, you could be excused for wondering what they have to do with Milo and why the book seems to be about them. And even when Milo does make his appearance, he may seem to be largely passive––not surprising, considering he is a reluctant player in the game. 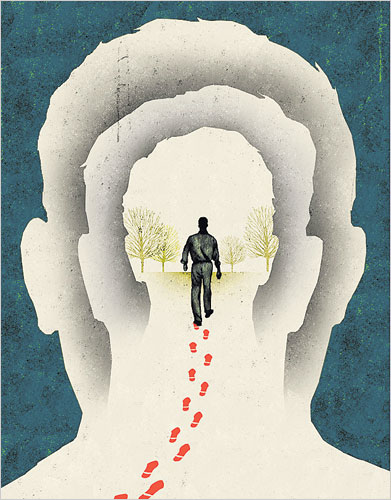 The plot is slow to draw the reader into its web, the pace quickening only in the last quarter of the book. This may not be satisfying to a reader who is unfamiliar with the prior books in the series or to one who is more thriller-oriented. This is a spy story, not a thriller. It's about the machinations of the characters; figuring out their hidden meanings and motivations and how all the pieces of the puzzle fit together. And, most of all, it's about a couple of enemies, Milo Weaver and Xin Zhu, who have an unspoken understanding of each other, and a sad and hard-earned knowledge of the price their professions exact on them and their families. This is a rewarding read for someone who has an interest in that more personal kind of spy story and the patience to follow an intricate and deliberately-paced plot.

Before Olen Steinhauer wrote the Milo Weaver books, he wrote a terrific espionage series about a fictional Communist country at the end of the Cold War era. In addition to the Milo Weaver books, I highly recommend that series. Here are the books in that series, in publication-date order: The Bridge of Sighs, The Confession, 36 Yalta Boulevard, Liberation Movements and Victory Square.


Note: I received a free review copy of An American Spy, and a version of this review appears on the Amazon product page under my Amazon username.
Posted by Sister Mary Murderous at 4:00 AM