The Most Dreadful of Mornings 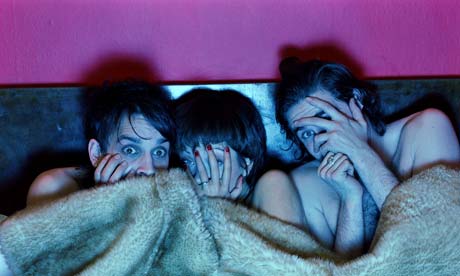 Everybody who dreads Monday morning and has trouble sleeping on Sunday night because of it, raise your hand. According to a 2008 survey by the online employment site Monster, most of those raised hands will be American (72.6%), British (72%), and Hungarian (71%). The fewest raised hands will be found among the Spanish, Danish, and Norwegians. We Monday phobics are encouraged to take up a Sunday sport that leaves us tired, to schedule something pleasant to look forward to on Monday, or to see a therapist. Then again, we could embrace this sleeplessness. How about some milk and ginger cookies? Here are some accompanying books:

Anthony Berkeley, Trial and Error. The terminally ill Mr. Todhunter decides to do something good for humanity by murdering someone who deserves it. After investigation, he settles on a victim. A problem arises when Todhunter does the deed so well that someone else is arrested for his crime. This is a great 1937 Old Bailey trial novel enlivened with Berkeley's sense of humor and irony.

James D. Doss, Three Sisters. In a departure from his usual style, Doss tucks his tongue very firmly in his cheek in this twelfth book about Charlie Moon, a Ute tribal investigator. Very wacky characters and author asides abound when Moon looks into the death of TV psychic Cassandra Spencer's eldest sister. Grandmother Spider, The Night Visitor, and The Witch's Tongue are some other entertaining books in this series, which combines a mystery with colorful characters, a Colorado setting, and Native American mythology. 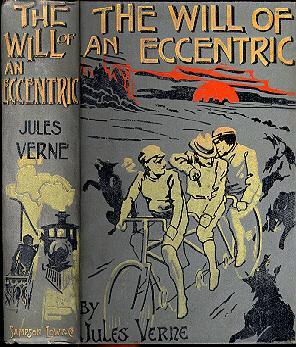 Stephen Gallagher, The Bedlam Detective. Former Pinkerton agent Sebastian Becker is back in England in 1912, investigating wealthy property owners for the Lord Chancellor's Visitor in Lunacy office. Is the owner so loony that the property should be confiscated? Now Becker's job sends him to the small town of eccentric scientist Sir Owain Lancaster, back from a terrifying trip to the Amazon. Gallagher knows how to spin a tale, and this 2012 book is a great genre-straddler of mystery/thriller/horror.

Ismail Kadare, The Successor. A 2003 novel by the Booker Prize-winning Albanian writer. The designated Successor to the Guide (the "guide" being Albanian dictator Enver Hoxha) is found dead in bed on a night in December, 1981. The question of suicide or murder is explored with a wealth of suspense and surrealistic black comedy. Kadare is one of those not-to-be-missed authors.

William Landay, Mission Flats. Landay is a former Massachusetts prosecutor, and this book is his 2003 debut. Narrator Ben Truman has been forced by his mother's illness to quit his graduate studies and take the job of police chief in his hometown of Versailles, Maine. After he discovers the body of a Boston D.A. in a cabin by the lake, Truman journeys into the shadowy world of Boston crime, where sometimes it's hard to distinguish cops from criminals. This is mesmerizing storytelling, and I quickly added Landay's 2012 book, Defending Jacob, to my pile of books to read.

Ngaio Marsh, Final Curtain. Artist Troy Alleyn has been commissioned to paint a portrait of a great English actor, Sir Henry Ancred. She is staying at his country estate, surrounded by his squabbling family members, who somewhat unite in their opposition to Sir Henry's plans to marry a chorus girl. A murder doesn't spoil Troy's reunion with her husband, Scotland Yard's Roderick Alleyn, who finally returns from the War in time to investigate. This 1947 book is one of my favorites in this traditional series.

Baroness Emmuska Orczy, The Scarlet Pimpernel. No list of bedtime reading is complete without a dashing masked hero, and here's a 1905 book for today. An English aristocrat has a secret other identity: he's the elusive Scarlet Pimpernel, who risks his life helping French aristocrats and avenging victims of the French Revolution.

Ali Smith, There But For The. Genevieve and Eric Lee have an annual “alternative” dinner party in Greenwich. After this year's party is over, they discover that one of the guests has locked himself in their upstairs guest bedroom. After weeks of reading the notes he slips under the door (requests for vegetarian meals), Genevieve begins an investigation into Miles Garth's identity by tracking down one of the names she finds in the address book he left on their living room sofa. This 2011 book is a witty postmodern fable; it contains wordplay and shifting points of view.

Tom Rob Smith, Agent 6. This 2012 novel completes the trilogy begun with Child 44 and The Secret Speech. Former KGB agent Leo Demidov's wife Raisa and their daughters are invited to New York City on a cultural mission in 1965. Tragedy ensues, but Demidov is denied permission to travel to the U.S. to investigate. The decades that follow are hell for him. In his desire to see justice done, Smith's heroic character trudges from one continent to another in this gripping thriller. I'll miss Demidov, but I won't forget him.

Jess Walter, Citizen Vince. Laid-back Spokane, Washington, is a far cry from New York City, but it's where the U.S. Witness Protection Program delivers the newly named Vince Camden. Vince settles down to a life of baking for Donut Make You Hungry during the day and romancing several women, gambling, and credit-card crime at night.  It is now 1980, and Vince is excited about voting for either Reagan or Carter. His decision-making is interrupted when his local crime partners grow restless and a Mafia hit man arrives. Spokane resident Walter won the 2006 Edgar for this book. His obvious love of the city, the dialogue, and the characterization make it an entertaining read.

While these books are suggested for reading on a restless Sunday night, they're fine reading for other nights as well. Sleep tight. Maybe next Monday won't be so bad.
Posted by Georgette Spelvin at 9:38 AM