Along with the azaleas, the last weeks of spring are fading away and the colder-than-usual weather has allowed me ample time to appreciate the fortunate choices on my reading list for the last three months. Soon, I'll be excitedly picking some real finds for the summer. 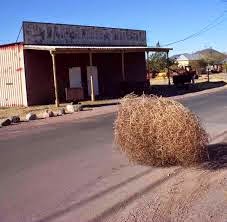 One of my spring picks takes place in Midnight, Texas, a town that is a cross between a dismal sere ghost town of the Old West, with tumbleweeds running the single red light and a small community from anywhere in the South. It has one of everything: one gas station, one restaurant––the Home Cookin, of course––a pawn shop and, also, the one sign that there are people who really do live here, a nail salon combined with an antique gallery.

There is a small core of people who inhabit Midnight, and when Manfred Bernardo is moving into his new digs there, a few neighbors come to help. There is Bobo, his landlord, Joe Strong from the nail salon and Fiji, the local witch. When Manfred is settled in, he realizes that despite all the camaraderie of unpacking and moving in, no one asked the expected questions like Why are you moving to such a godforsaken place? Who are you and where do you come from? This suits Manfred to a tee and he realizes he has moved to the right place. The unusual character names may be a clue to the author's name—Charlaine Harris of Sookie Stackhouse fame. This first book in a trilogy is Midnight Crossroad (Ace Hardcover/Penguin Group (USA), May 6, 2014).

When I delved into the first chapter, some of the characters seemed familiar. Manfred Bernardo is a truly psychic young man who traveled with his grandmother Xylda, and they helped Sookie on several occasions. They also appear in the Harper Connelly Mysteries (Grave series), my favorite of all the Harris works. Bobo Winthrop is a man in his thirties; big, blond and buff who has migrated from Harris's Lily Bard stories. There may be a few other transplants popping up in the book and in the future of the series. 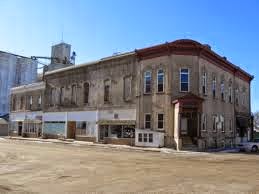 Manfred has come to set up shop as an Internet psychic. He doesn't get real insights over the net, but he uses a lot of psychology and a bit of gobbledygook to flesh out his predictions.

But Fiji, named after the country, has reservations about Manfred because she knows who he really is, she knows of his powers and she's afraid he will find out the secrets of those lying low in Midnight––and almost everybody here has something to conceal.

Most of the denizens of Midnight maintain certain personal boundaries that include the cliché "what happens in Midnight" etc. There are lesser-kept secrets, and one of those is about Lemuel who runs the pawnshop at night. Lemuel, who, next to Bobo, looks bleached, desiccated and shrunken only comes out at night. His skin is white as snow and he has lived here for a long, long time.

For a seemingly lifeless town, things start happening in Midnight after Manfred's arrival. The only mystery previously is the disappearance of Bobo's girlfriend, but now a body is discovered, lives are threatened, murderous plots are revealed, more people disappear and fantastical elements enter the arena. There are white supremacists, motorcycle gangs and anarchists rounding out the unrest. 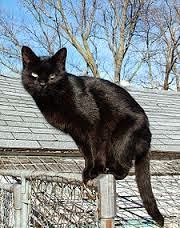 There is definitely a sense of unease pervading Midnight, which Harris communicates well, but where it comes from is vague. Many questions are left unanswered. Harris reveals little about what motivates the characters to do what they do. We have yet to find out why Manfred Bernardo chose to come to Midnight, Texas, and how he even found the place. The same goes for Bobo, Lemuel and Fiji.

There doesn't seem to be a main thrust to the plot. At first I accepted Bernardo as the central character, but then the focus gently shifts to Fiji. Plenty of time is spent fleshing out the different people––and I mean different in a weirdo way. While I was expecting some supernatural elements, I was a bit disappointed because everyone kept their big guns under wraps. On the other hand, getting to know the cat makes up for that. 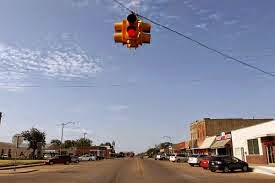 The quirky humor of the Sookie books doesn't appear until the last third of the book and it is at this part of the story that the pace picks up. But when all the dust settles, the impression I got from the book is that it is mostly laying the foundation for future stories in which the characters and their histories will be brought to light.

I am looking forward to that.
Posted by Maltese Condor at 4:29 PM