It was only after I became a parent myself that I appreciated how heroic (or crazy) my parents were when they packed up our old camper trailer, hitched it to the station wagon, and crammed us five kids into the car. Our destination varied, but it always took too long to get there. These days, I look forward to travel time so I can read. Here are some books I'd like to take with me on summer vacation: 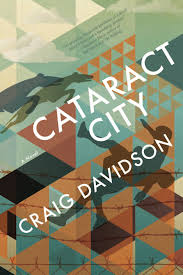 The blue-collar city is a major character in this literary crime novel written by 30-year-old Canadian writer Craig Davidson. Davidson examines the life-long friendship of Owen Stuckey and Duncan Diggs, against the backdrop of a city where most characters work at the Nabisco factory ("the Bisk"), come home smelling like a particular cookie or cracker, and dream of escape to a better life. Duncan narrates the opening chapter, in which he has just completed a prison sentence for murder and is awaiting a ride back to Cataract City by a cop, his old friend Owen. Owen then picks up the narration to look back at events that bound and separated them: in particular, a drunken kidnapping that ended tragically and left the traumatized 12-year-old boys lost in the woods for a week. We see how from there Owen's life took a right turn, and Duncan's, a wrong turn. Now the two men share a possible scheme for redemption.

Cataract City, published last year in Canada by Doubleday Canada, was shortlisted for the prestigious Giller Prize and recently nominated for the Trillium Award, won last year by Alice Munro for Dear Life. I plan to read Davidson's book for its exploration of masculinity, memory, and identity, and because I hear the author makes your heart race with scenes of basketball and greyhound racing. Bare-knuckle fighting and dog fighting make an appearance (I know, but I will read it any way). Davidson is developing the reputation of an emerging top-class writer, and I'm looking forward to learning why.

Writer Haruki Murakami is a colossus, and not only in Japan. His English-speaking fans have been making a lot of noise, waiting for Colorless Tsukuru Tazaki and His Years of Pilgrimage to be translated from the Japanese by Philip Gabriel. The hours are crawling by until Knopf/Random House publishes this 400-page book on August 12, 2014.

It's the story of a man whose four best high school friends are Mr. Red, Mr. Blue, Miss White, and Miss Black. He is called "Colorless," because his name, unlike theirs, does not have a kanji symbol for a color. Once in college, these friends become mysteriously alienated from Tsukuru. When he asks why, they say something like, "If you don't already know, we're not going to tell you." For months, Tsukuru is in despair and contemplates death. Sixteen years later, he's living the simple life of a train station engineer when a friend suggests he reunite with these high school friends. Tsukuru sets off on a quest through Japan and Europe to discover what happened all those years ago to cost him their friendship. Murakami is one of those writers whose imagination dictates you read whatever he writes. Early reviewers report that Colorless Tsukuru Tazaki has a smooth surface overlying emotional turmoil. It's closer in form to Murakami's early writing, such as Norwegian Wood, rather than the recent, and 925-pages long, 1Q84.

Donal Ryan's The Thing About December (Steerforth, August 26, 2014) is set in an Irish village, as is his earlier The Spinning Heart (Steerforth, February 2014). The latter, a gem that made the Booker longlist, unfolds after the economic collapse of the Celtic Tiger. It has 21 narrators, each of whom has his or her own chapter.

The Thing About December's Johnsey Cunliffe narrates his 2001 month by month from January to December, while the economic bubble is still expanding. Johnsey isn't half-witted, but he's not quite all there, and what is there is preoccupied with thoughts about his loving father, now deceased, and his sharp-tongued mother. Johnsey inherits their small house and some property that Johnsey, not trusting himself to farm, leases to Dermot McDermott. As the value of his house and land skyrocket, friends and foes come circling. Word is that reading both is a must. After enjoying the gorgeous Irish lament of The Spinning Heart, I'm happy to read this one. Sometimes it's best not to know too much when you open a book's cover. That's the early readers' consensus about a book they rate very highly, The Girl with All the Gifts (Orbit/Little, Brown and Co., June 10, 2014), by M. R. Carey. M. R. Carey is Mike Carey, the current writer of Marvel's X-Men and Ultimate Fantastic Four. He also wrote Lucifer and Hellblazer and a comics adaptation of Neil Gaiman's Neverwhere.

The Girl with All the Gifts is "atmospheric, action-packed, thought-provoking" speculative fiction. The real focus is the relationships between the characters, because Carey explores what makes us human. Let me tell you about the setup, and then I'll stop. His narrator is a 10-year-old girl named Melanie, who speaks in the present tense. Every morning, Melanie, dubbed "our little genius" by Dr. Caldwell, and the other girls are taken from their cells. They're strapped into wheelchairs under the eyes of the rifle-wielding Sergeant and wheeled to class. The only world they know is the corridor, the shower room, their cells and the classroom. Melanie jokes about all this, but she loves school and learning about life outside her world from her favorite teacher, the sad-eyed Miss Justineau.

Matthew Thomas's We Are Not Ourselves (Simon & Schuster, August 19, 2014) is the first novel by this American high school English teacher. It took Thomas more than 10 years to write, but a bidding war among publishers over the 700-page manuscript earned Thomas an advance of more than $1 million in North America and a six-figure UK deal. (Unsurprisingly, Thomas has now quit teaching to write full time!)

It's a multi-generational epic, spanning six decades, that centers on Eileen Tumulty, a first-generation Irish-American born in the '40s in Queens, New York. As the resourceful Eileen passes through the decades––from her childhood years as the caretaker daughter of an alcoholic and a gambler; to her marriage to Ed Leary, a scientist and academician who doesn't consider money or material possessions very important; and mother to their son, Connell––we see what happens to her ambitions to live the American Dream. This book about identity, family, and loss has gained tremendous attention. The editor-in-chief at Simon & Schuster calls it "one of the most beautiful and moving" books she has ever read. I received an advance reading copy from Powell's Indiespensable program, and I can't wait to dive in. 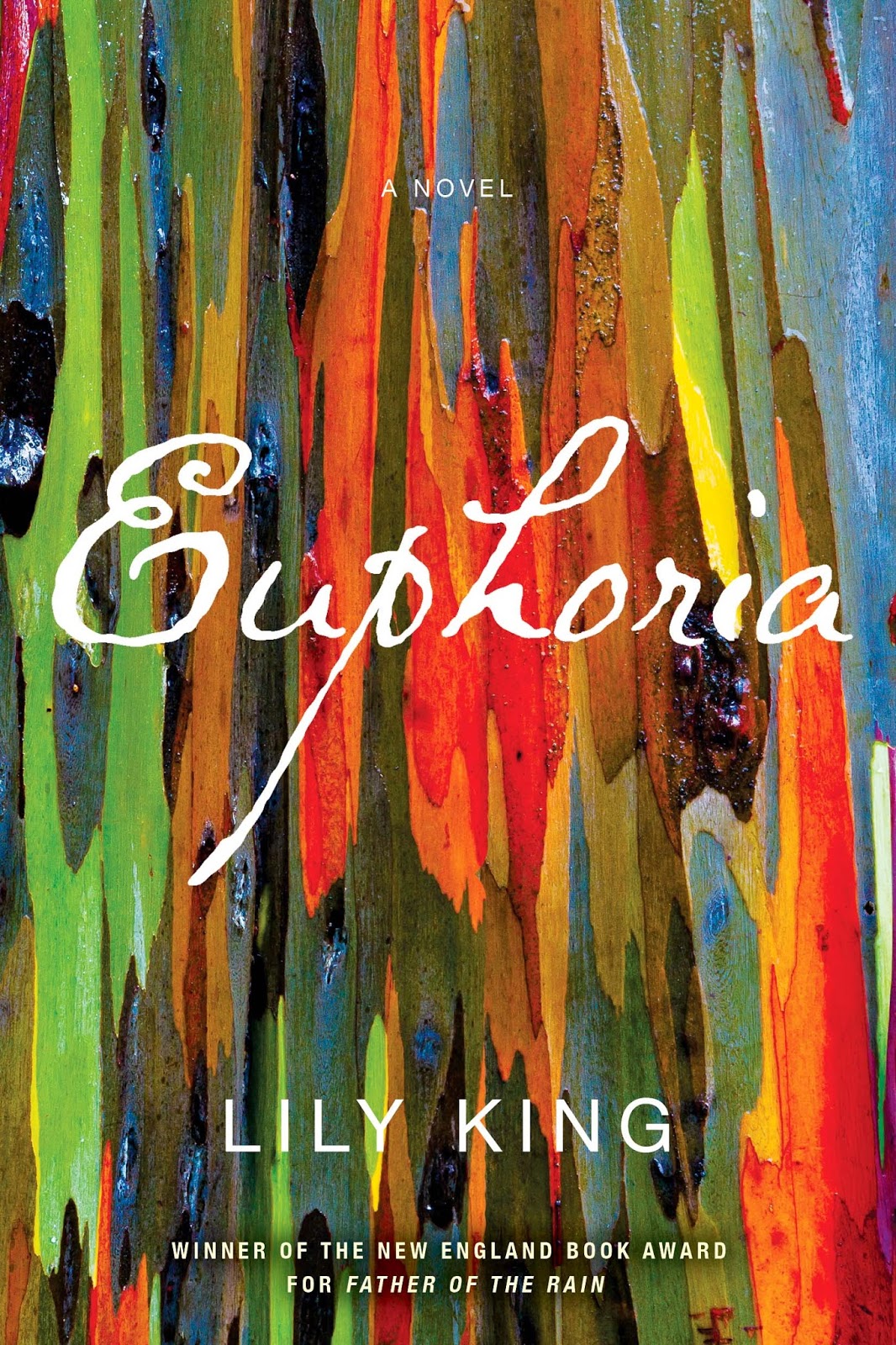 Lily King's historical novel, Euphoria (Atlantic Monthly Press, June 3, 2014) is loosely based on the lives of three famous anthropologists: American Margaret Mead (Nell Stone), New Zealander Reo Fortune (Fen Stone); and Gregory Bateson (Andrew Bankson), an Englishman. It's set between the World Wars in Papua New Guinea, where Bankson has been doing field studies of the Kiona tribe for many years. He's lonely and recovering from a failed suicide attempt when he meets Nell Stone and her husband Fen. Bankson introduces them to the tribe down river they'll be studying and becomes obsessed not only with his work, but with Nell, too.

King's impressive research, the richness of her language, the complexity of the relationships among the anthropologists, and the fascinating tribes they study are cited by reviewers. If you enjoyed Hanya Yanagihara's The People in the Trees or Ann Patchett's State of Wonder, two other recent books with anthropological settings, check out this one. People in the thrall of scientific discovery and each other sounds like reading euphoria to me.

On this happy note, I'll sign off, but we'll be back tomorrow.
Posted by Georgette Spelvin at 11:48 PM