What kind of books do you want to read this summer? I like fiction with a little razzmatazz and more heft than chick lit to hold my attention when I'm lying on a beach towel or sitting on the porch. Very hot weather, though, leaves me cool about probing the limits of my intelligence and ability to concentrate. Through trial and error, I've devised some summer reading guidelines that work for me: No book-long stream-of-consciousness. Nothing so incomprehensible that a separate reader's guide is required. It can't be so incredibly depressing or disturbing I won't sleep for days. This means dead things mostly should stay dead. No nihilistic rampages. No book that necessitates a shower afterward.

Below are some of the books I anticipate reading this summer. (Whoops, I almost forgot to say, for the record, I'll accompany any of these books with Jeni's Splendid Brambleberry Crisp ice cream––"buttery, oven-toasted oat streusel and a striking, sweet-tart 'brambleberry' jam of blackberries and black currants layered throughout vanilla ice cream"––and a margarita. But not at the same time, obviously.) 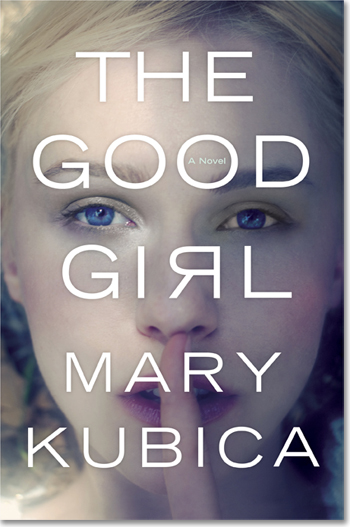 A beautiful cover. Check. Character-driven literary suspense without graphic violence or sex, in the vein of Tana French, Gillian Flynn and William Landay. Check. An opening sentence that foreshadows trouble ("I'm sitting at the breakfast nook sipping from a mug of cocoa when the phone rings."). Check.

These ingredients are part of Mary Kubica's first book, The Good Girl (Harlequin MIRA, July 29, 2014). The title character is 24-year-old Mia Dennett, daughter of a judge, currently working as an art teacher in inner-city Chicago. When she suddenly vanishes, her socialite mother, Eve, and Det. Gabe Hoffman pull out all stops to find her. Her reappearance solves little, however, because she now calls herself Chloe instead of Mia and seemingly has no memory of what happened. Narration alternates among three characters, including one knowledgeable about the disappearance, in chapters labeled "Before" or "After." The structure and the puzzle aspect of this psychological suspense intrigue me but I'm most looking forward to meeting Mia/Chloe and the people who care about her. I didn't start out life as a fan of sci fi/horror/mystery mashups but this is what having older brothers, a husband and sons can accomplish. In any case, it's hard not to like the schlocky Tremors and other movies and books that pay loving homage to urban myths and genre classics. Writer Hunter Shea says he was weaned on The Night Stalker, The Twilight Zone and In Search Of. His book, The Montauk Monster (Kensington/Pinnacle, June 3, 2014), salutes Peter Benchley's Jaws and takes inspiration from the controversial "Montauk monster," an animal corpse that apparently washed up on the Long Island shore in 2008 (see here).

The Montauk Monster actually made Publishers Weekly's Best Books of Summer 2014 list (as did The Good Girl, above). The plot features Montauk, New York police officers Gray Dalton and Meredith Hernandez as they investigate a wave of strange and gruesome animal attacks on, oh, just about everybody you'd want to see assaulted––and then some––in this easternmost Long Island village. Dalton and Hernandez must wonder about Montauk's proximity to Plum Island, where the US government maintains its federal research facility dedicated to animal diseases. PW calls this book "a lot of splattery fun." I call it mandatory for reading at the beach over the Fourth of July weekend. Luckily for me, not Montauk. Cumming's 2012 CWA Steel Dagger-winning book, A Foreign Country, introduces disgraced MI6 officer Thomas Kell (see review here). Kell is offered a chance to redeem himself with a long-shot mission to find the missing SIS chief-designate, Amelia Levine. In A Colder War (St. Martin's Press, August 5, 2014), Kell is once again brought back onboard by MI6, who fears a mole is responsible for the death of a senior agent and sabotaging joint western intelligence operations in the Middle East. Rather than go through the usual channels, MI6 wants Kell to investigate.

Let's leave the sneaky business in the UK and Middle East and move to the jungles of southern Mexico. Eve Hardaway, newly separated from her husband, is alone on what was supposed to be their anniversary rafting and hiking trip in Oaxaca. She wanders away from her tourist group and spies a man throwing machetes at a human-shaped target. Uneasy, she slips away but discovers evidence that may implicate this man in a crime. When a storm moves in, the group is trapped in the jungle without the ability to communicate with outsiders. Eve's dream vacation, already a bad dream, turns into a deadly nightmare when the man starts hunting for her.

This could be the plot of one of those short-chaptered, hop-from-one-country-to-another page turners with one-dimensional characters but Don't Look Back (St. Martin's Press, August 19, 2014) is written by Gregg Hurwitz. His thrillers, while compulsive reading, are known for their thoughtful characterization and intricate plots. For instance, in The Survivor, Nate Overbay is diagnosed with ALS. He interrupts his planned suicide to foil a bank robbery, angering the Ukrainian mobster who masterminded it. By threatening Nate's family, the mobster expects Nate to complete the robbery. The Crime Writer involves crime writer Drew Danner, who may have killed his ex-fiancée, Genevieve. He isn't sure of his innocence because a brain operation has affected his memory. I expect Hurwitz's August 2014 book, Don't Look Back, to supply a good adrenalin rush without the bad aftertaste of a junk-food thriller. I hope you've had a chance to see George Cukor's Gaslight and Alfred Hitchcock's Suspicion. Both these suspenseful movies from the 1940s feature a woman who questions her own gut instincts. Female narrators in two recent crime fiction novels also question themselves and it's hard to tell how reliable they are. One is an amnesiac who wonders whom she can trust (S. J. Watson's Before I Go to Sleep). The other, a surgeon suspected of murdering her best friend, has Alzheimer's disease (Alice LaPlante's Turn of Mind).

British writer Emma Healey's first novel, Elizabeth Is Missing (Harper/HarperCollins, June 10, 2014), uses similar themes of memory, obsession and loss, and it has been showered with early reviewers' praise. The narrator, Maud Horsham, survived the London Blitz and is now waging a losing battle against dementia. She manages with part-time help and daily visits by her daughter, Helen. Despite the copious notes Maud writes herself, her forgetfulness is still frustrating. Recently, Maud is convinced her best friend, Elizabeth, is missing and in danger. Despite denials from Elizabeth's unpleasant son, Maud reports her suspicions to the police. Multiple times. Everyone dismisses Maud and this doesn't reassure her. Thinking about Elizabeth leads Maud's mind back to 1948, when her sister, Sukey, disappeared. These memories are clearer. The police quickly decided Sukey had run away but Maud never believed this. Now Maud sets her unreliable mind to work, mulling links between these two vanished women. 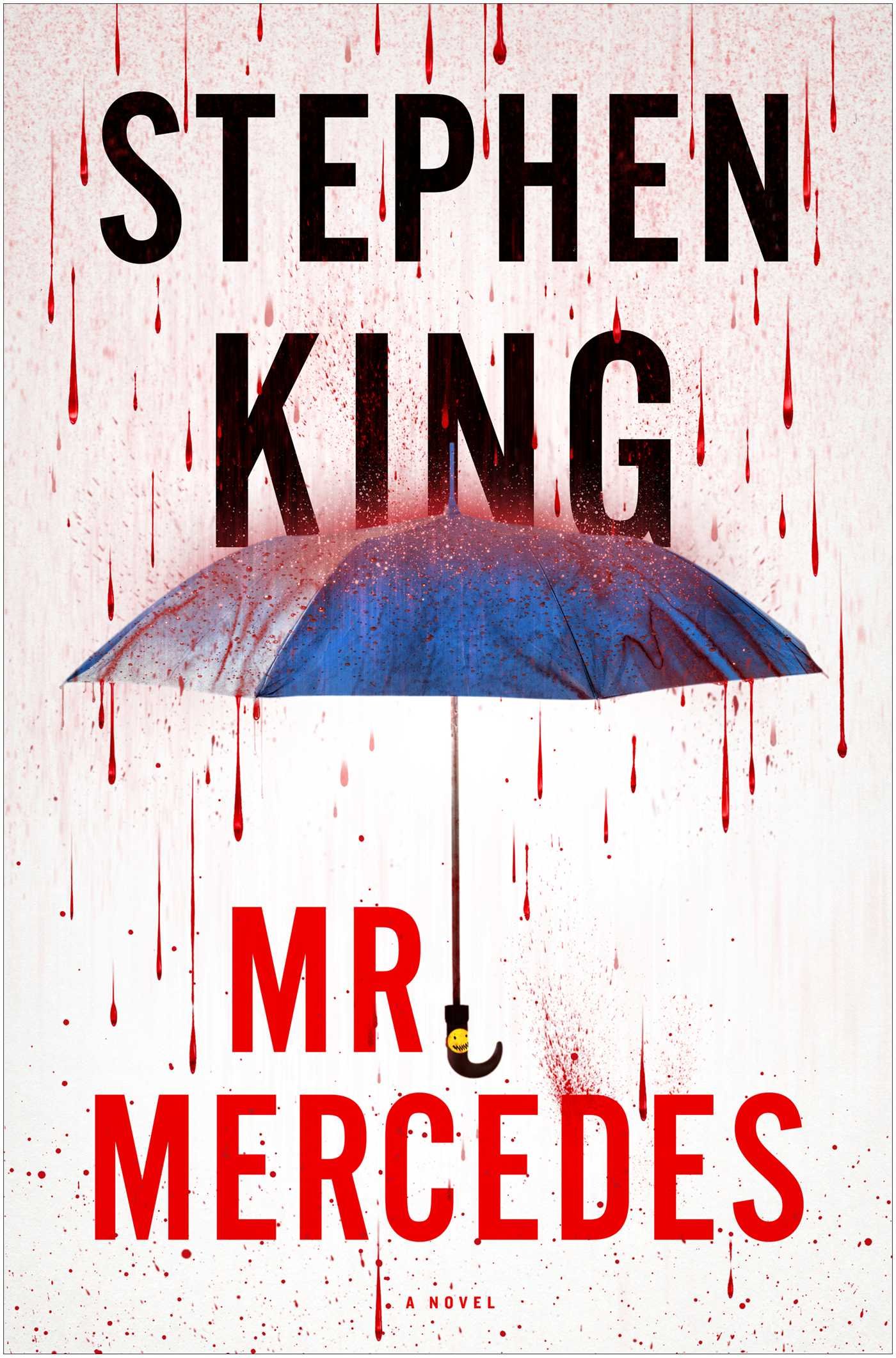 The detective is ex-cop Bill Hodges, whose retirement is troubled by his failure to identify the driver of the stolen Mercedes who drove repeatedly into the hundreds of people waiting in line at a job fair, killing eight and injuring 15. (King loves bad cars.) We know the killer is Brady Hartfield, because he and Bill share responsibilities for the first-person present-tense narration. Brady is one of those sociopaths who lives with his mother, is obsessed with computers and electronics––and drives the neighborhood ice cream truck. (I am not kidding. It seems there is no escape from ice cream in these summer books and I break here to scarf down some Häagen Dazs Strawberry. I wonder if King, who is phobic about clowns, has Brady wear a red nose, fright wig and clown suit while passing out ice cream cones to children.) Brady enjoyed delivering death and he writes a letter to Bill, taunting him that he has a big plan for killing thousands. Bill recruits a couple of unlikely Dr. Watsons and the usual King suspenseful battle of good versus evil is on. The early word is that this isn't among King's best, but it's fresh and unpredictable and a lot of fun. And that's enough for me. 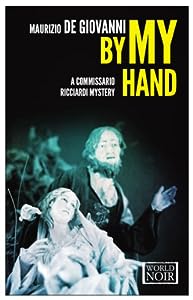 Remember when I told you one of my summer reading guidelines is the dead should mostly stay dead? Technically, that rule isn't broken by Maurizio de Giovanni's fifth Commissario Ricciardi mystery, By My Hand (translated from the Italian by Antony Shugaar) (Europa Editions, August 5, 2014). If you read the first book, I Will Have Vengeance (see review here), you know that Ricciardi has "a scar on his soul" that allows him to see the last moments and hear the "last, obsessively repeated thought" of a person who dies violently. Now, we can imagine how helpful this "scar" would be to the career of a homicide detective and the 31-year-old has risen rapidly to the top of his profession in 1930s Naples.

Ricciardi's current investigation is the double murder of a fascist militia officer and his wife, whose bodies are found in a luxurious beach apartment. The woman's throat has been slit and her husband has been stabbed dozens of times. Near them is a broken statuette of the patron saint of workers. What does this mean? In addition to assessing the crime scene, Ricciardi sees and hears the couple's enigmatic final moments. Assisted by his partner, Brigadier Raffaele Maione, the Commissario will no doubt solve the crimes. This is an entertaining Italian series with original characters, inventive plotting and a spellbinding setting.

I'll be back soon with more summer books to show you. Tomorrow Georgette will once again take a turn.
Posted by Della Streetwise at 9:40 AM