Review of Robert Galbraith's The Silkworm

The Silkworm, by Robert Galbraith (pseudonym of J. K. Rowling)

Do you remember when, about this time a year ago, Robert Galbraith, the author of the debut mystery, The Cuckoo's Calling, was revealed to be a pen name for J. K. Rowling, author of the ridiculously best-selling Harry Potter series? The Cuckoo's Calling had received respectable reviews, if not big sales, but the sales rocketed when the public learned that Rowling was the real author. Like most mystery fans, I read the book after the revelation and thought it was a more than respectable detective story by this masterful storyteller. My friend Maltese Condor gives a full review of The Cuckoo's Calling here.

There was a good deal of speculation last year about how the leak occurred. Months later, we learned that a partner in Rowling's solicitor's office blabbed about it "in confidence" to a friend of his wife's, and that was that. (Can you believe the idiocy of that lawyer? He's been fined and rebuked by his professional society, and Rowling won damages against his firm––which she donated to charity––so maybe that will wise him up.) Some suspected that Rowling herself had something to do with the leak, wanting to increase sales of the first book and later books she planned to write in the series. As I'll explain later, I think that's unlikely.

First, let's focus on the new Cormoran Strike/Robin Ellacott book, The Silkworm. As the story begins, Cormoran Strike's private detective business is booming––quite a contrast to its sad state at the beginning of the previous book. True, a lot of the new business is spying on straying spouses and lovers, but it pays the bills. And that's important, since Cormoran is anxious to repay the money he reluctantly borrowed from Johnny Rokeby, his rock-star father, the man who fathered him via a fling with Cormoran's groupie mother and who refused to acknowledge paternity until the DNA test came through. Cormoran's only seen Rokeby twice and doesn't feel any desire to see him ever again, but he resorted to borrowing the money from him to get the detective agency started.

As usual, Cormoran's knee is bothering him. He's a sizable man (Cormoran is the name of a Welsh giant, after all) and the prosthesis he swapped for his lower leg via an IED in Afghanistan can be rough on his stump. So he was not in the best mood when one of his corporate clients is rude to him and his assistant, Robin, in his waiting room. Then, the frumpy, down-at-heel Leonora Quine refuses to leave the waiting room until she can be added to Strike's client list. Cormoran, being the contrarian––and good guy––that he is, fires the monied corporate client and takes on Leonora.

Leonora asks Strike to find her writer husband, Owen Quine. Quine's made a habit over the years of going walkabout, but now he's been gone a good 10 days and Leonora wants him back. Not that she misses him, unfaithful and egomaniacal as he is, but he does pay the bills and the Quines have a developmentally disabled daughter, Orlando––who does miss her father.

Cormoran and Robin get on the case immediately, even though they sincerely doubt Leonora's blithe assurance that Quine's agent will pay their fees. Robin is eager to learn more about the detective trade; she's been studying hard and wants to do more than be a general office assistant. After all, she could do PA work at a company that could pay twice as much as Strike can afford, as her fiancé, Matthew, reminds her regularly. Matthew would much prefer that Robin get a better-paying job, especially since it would remove her from Cormoran, because Matthew can't disguise that he is jealous and suspicious of Cormoran. 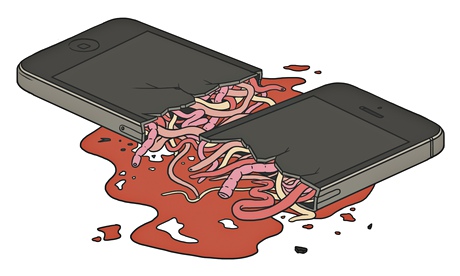 Cormoran soon finds that there may be good reason for Quine's deciding to lie low. He's written a novel full of graphic sex, violence and bodily functions that also libels everybody in his professional and personal life through its barely disguised characters. A lot of people don't want that manuscript––or Quine––to see the light of day. And, thus, this soon turns into a murder investigation case, and a particularly horrific one.

Plots about the publishing world are a dime a dozen, but when the story is told by such a hugely successful author as J. K. Rowling, it feels more scandalously revelatory. Writers, agents, editors and publishers in the book are almost universally self-centered, and several are personally repulsive and/or nasty pieces of work. And, wow, are they chiselers! No doubt they all make more money than Cormoran, but whenever they agree to answer some of his questions, they insist it be at some pricey restaurant and that he foot the bill.

The book also includes some serious jabs at new authors and self-published writers. One character observes that there are too many writers and not enough readers. Quine's agent complains that it seems like everybody thinks they can write, but she's inundated with manuscripts that are just "unimaginable shit." 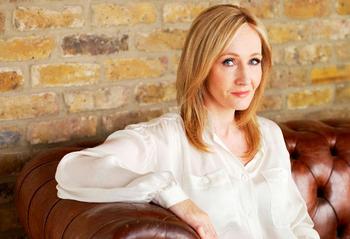 I couldn't help thinking that Rowling would much have preferred that these observations on the publishing world and the people in it be attributed to that Robert Galbraith guy whom nobody knows. I got a kick out of Rowling's jaundiced view of the world she's found herself in, but I'm guessing there will be some negative fallout for her. And that's why I very much doubt she had anything to do with the leaking of her identity as the writer behind Robert Galbraith.

For the reader, knowing that Rowling is the real author of The Silkworm does give it a bit of the flavor of an exposé of the publishing industry. But, much as I enjoyed that, I didn't find that it distracted from or lessened the impact of the detective story. The mystery was well constructed, with numerous clues dropped along the way. For those who want to try to solve the mystery while they read, I won't spoil it, but I will say that in addition to the usual physical clues, Rowling tends to favor clues that arise from the way people act or have acted. The climax was both creepily suspenseful and then filled with action and danger.

As we'd expect from Rowling, the best part of the book is its characters. We're learning more of the background of Cormoran and Robin, and of their current life situations. Cormoran struggles with his emotions about the upcoming marriage of his ex-girlfriend, Charlotte, to a wealthy peer. Given Matthew's animosity to Cormoran, Robin is reluctant to talk to him about how much she wants to become a detective. We're also introduced to other friends and family of the pair, and I have a feeling we'll be seeing some of them in the future, especially Cormoran's younger half-brother Al, one of Johnny Rokeby's legitimate kids.

One sure sign that The Silkworm is a good read is the letdown I felt when I finished it. I wasn't ready to say goodbye to Cormoran and Robin just yet. All I can do for now, though, is to add this series to my must-read list and hope that "Robert Galbraith" continues with it for a good long time.

Note: Portions of this review may appear on Amazon and other reviewing sites under my usernames there.
Posted by Sister Mary Murderous at 12:04 PM