In April, Periphera gave us a delicious peek into the Golden Age of Mystery. It is fascinating to realize that almost a hundred years have passed, and this genre is as popular now as it was then. It might be because certain commandments had to be obeyed to the letter. Ronald Knox set these out in 1929.

The names of the Queens and Kings of Crime during this era are familiar to us all. Agatha Christie, Dorothy L. Sayers and Margery Allingham are all household names. So are John Dickson Carr, Anthony Berkeley and Freeman Wills Crofts. These were all British, of course, but Earl Derr Biggers, Ellery Queen and Mary Roberts Rinehart were prolific writers on this side of the Atlantic.

My interest has been in some of the mysteries written by the lesser lights of the time. There are several publishers who have made a great effort to keep some of these authors in print. 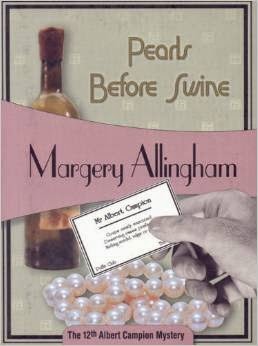 I really love books released by Felony & Mayhem Press. These are such high quality softcover books that it is a pleasure just to handle them, as well as read them. This press has republished many classic mysteries by well-known authors from several different ages. I have been rereading some of the Ngaio Marsh series, which features Superintendent Roderick Alleyn of Scotland Yard. Marsh was from New Zealand and could not resist setting several murders on her home islands that required Alleyn's expertise. More than once, Alleyn would just pop over to the other side of the world to help the New Zealand police.

In Overture to Death, Marsh follows the Knox recipe very well. Take one Squire, one Parson, one Parson's daughter, one Squire's son, throw in a couple of nosey-parker biddies and stir well. The background of the story is a local theatrical production that arouses all the emotions likely to cause trouble: envy, pride, vanity and hatred.

I am not as fond of Margery Allingham's Albert Campion, but since Felony & Mayhem has printed more of this author than any other, I look forward to trying a few more in the series.

Books put out by the Rue Morgue Press, run by Tom and (the late) Enid Schantz of Lyons, Colorado, are also keepers. I have collected and read most of them.

In the beginning of each book, the Schantzes include a comprehensive and entertaining essay about the author's works and life. Sadly, Enid succumbed to cancer in 2011, and Tom may be slowing down as well, because the quarterly newsletter has not been in the mail for some time.

One of the first of the Rue Morgue list that I read was The Chinese Chop by Juanita Sheridan. Sheridan led a very colorful life, and she used her experiences to broaden the lives of her readers. In The Chinese Chop, she introduces Lily Wu, a young Chinese-American woman; beautiful, intelligent and a sleuth as well. She partners up with Janice Cameron, a Hawaiian-born writer, to solve crimes. 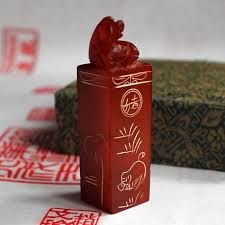 The first of the four novels in the Lily Wu Quartet takes place at the end of World War II. The author does an excellent job of depicting the housing shortage in New York and there is an excellent feel for the customs, the clothing, and the lives of those uprooted by the war. The mystery deals with a murder in a rooming house that began life as a mansion.

The rest of the series is set in Hawaii, and here, as well, there is a wonderful sense of time and place.

By the way, a Chinese chop is actually a seal to sign documents and important paperwork. 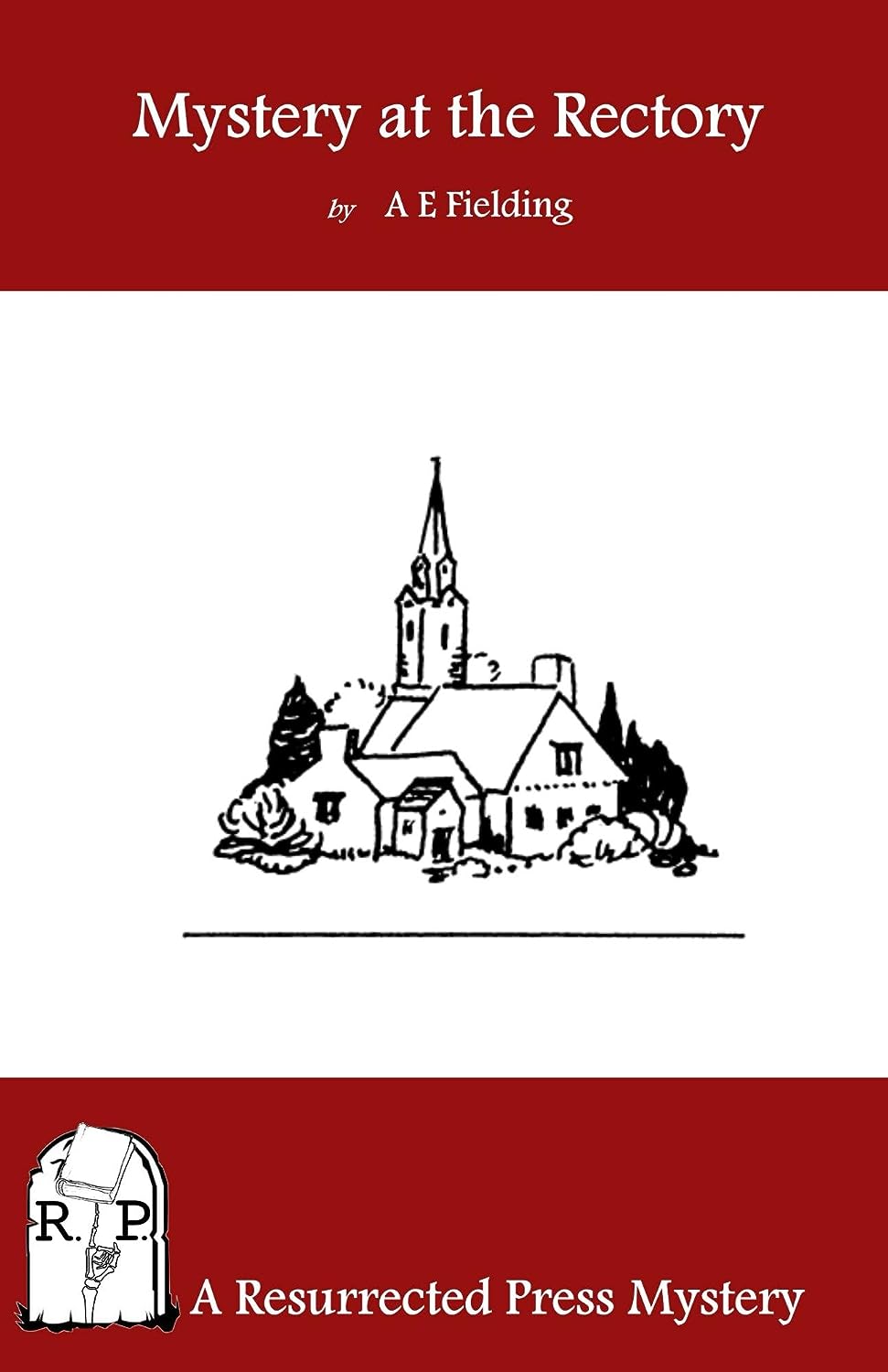 One of my recent finds is the Resurrected Press. They have a list of books by authors who are new to me, and some of whom have been almost entirely forgotten. One such case is that of Archibald Fielding. Fielding's books are quintessential Golden Age British mysteries and they include the country houses, the list of eccentric characters and, of course, the astute detective––Chief Inspector Pointer in this case. But even more mysterious is the actual identity of the author. Even though more than 20 novels were published under this name, any records regarding A. E. Fielding were presumably lost during World War II. For a long time, the works were attributed to a middle-aged woman named Dorothy Fielding. Researches have found the woman in records, but no evidence that she ever wrote or published anything.

In Mystery at the Rectory, Fielding plots the tale of a well-loved rector who is murdered after delivering an unusual extemporaneous sermon. The clue to his death might be found in these last words. 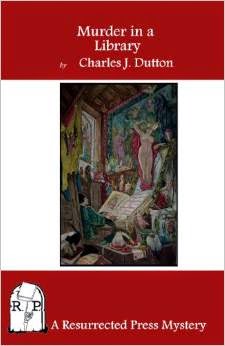 In Murder in a Library, by Charles J. Dutton, there is the seemingly motiveless murder of a librarian in the library––not with a candlestick, however. In this case, Harley Manners, professor of abnormal psychology, is called upon with the hopes that he can shed light on the matter.

Resurrected Press has a long list of obscure authors whose works I am looking forward to sampling.

The British Library also has a nice line in republished crime mysteries, in its British Library Crime Classics series. I started with The Lake District Murder, by John Bude, one of several rural mysteries that take place in locations far from London. 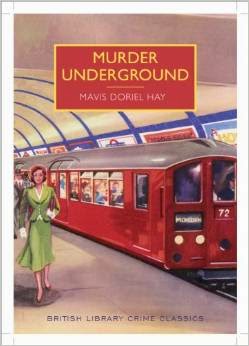 In this story, the detective interest is split between the police professionals and a very likable pair of amateurs, a vicar and a doctor. This is a tale about a farmer who is on his way home one night when he runs out of gas. When he reaches a garage to fill up his gas can, he finds one of the garage owners dead from carbon monoxide poisoning. It is one of those murder-versus-suicide plots, but Inspector Meredith of the county police force doesn't accept the idea of suicide. The focus is on the process by which the police reconstruct the modus operandi. 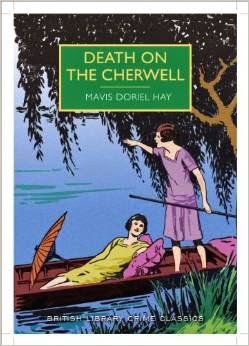 There are two others in my vacation reading basket from the British Library Crime Classics collection. Murder Underground, and Death on the Cherwell, which are both by Mavis Doriel Hay. Hay attended Oxford, like Dorothy Sayers, and this latter book takes place at a fictional Oxford college. I don't suppose that either will be as well-crafted as a Christie or a Sayers, but I hope they will be entertaining.

Last, but not least, I want to include an Australian writer who deserves a little credit for her work; she is Mary Fortune. 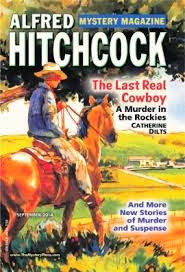 Twenty years before the adventures of Sherlock Holmes were published, Aussie readers were treated to a serial featuring Detective Mark Sinclair, which appeared in the Australian Journal. This sleuth, like the more recent Ellery Queen, was the result of collaboration by two writers. Waif Wander and John Borlase put out nine stories in 1865, before their partnership broke up. The Journal began releasing more episodes of the Sinclair saga in 1868, and the series ran for several decades. At first, readers assumed that Waif Wander was the author of these cases, because the stories were attributed to W.W.

But almost a century later, in 1950, the true identity of the author was uncovered. She was Mary Fortune, who was born in Ireland, grew up in Canada, and moved to Australia in mid-century with her father, who went down under for the gold rush. 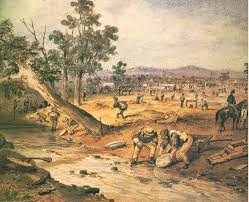 Mary married a policeman who patrolled the goldfields. She was a poet, a journalist and a prolific short story writer who eventually died in obscurity, circa 1910. One of her early stories was republished in the September, 2014 issue of Alfred Hitchcock Mystery Magazine. Titled "Traces of Crime," the story takes place at the height of the gold rush. This quaint tale is about an assault on a "female of a character so diabolical in itself, as to have aroused the utmost anxiety in the public as well as in the police." The unfortunate woman was so injured and abused that "her life was despaired of." Detective Sinclair goes undercover, and uses great ingenuity and perspicacity to catch the perpetrator of the crime.

There are several other fairly obscure authors flying under the radar who are favorites of mine: J.J. Marric, Nicholas Blake, Richard Bachman, Samuel Holt, Glyn Carr, Barbara Vine, Bernard Bastable, Salvatore Lombino and Robert Galbraith. Of course, the last of these is familiar as the pseudonym of J. K. Rowling. The others are all pseudonyms as well. Do you know their more famous monikers?
Posted by Maltese Condor at 4:00 AM