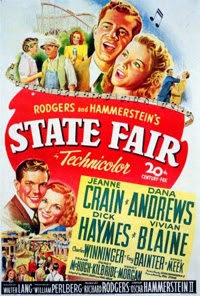 Our State Fair is a great State Fair. It's opening tomorrow and there is something for everyone to enjoy. From concerts to 4H exhibits and temptations of all kinds. The kids all like the rides, but adults prefer the attractions of the midway. Pick your favorite: Skee-Ball, Whack-a-Mole, the carousel, Ferris wheel or even cardboard horse races––and maybe sharp-shooting for suckers.

If you can't make it to your state fair, I found a selection of books that will amuse and entertain in a similar summer fun fashion.

A good place to start is with The White Magic Five and Dime by Steve Hockensmith, with Lisa Falco (Midnight Ink/Llewellyn, July 8, 2014). When Alanis McLachlan gets a phone call from her mother's lawyer, her first reaction is to choke on her Coke, because she knew her mother either wanted money or she was dead. The latter was the case and it appeared that Barbra Harper was killed in a botched burglary scenario. Alanis had shed all the tears she ever would for her mother, whom she had not seen or heard from in 20 years. 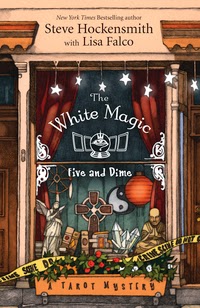 Almost from the time she could walk, Alanis was used as an accomplice in her mother's con games. When she got old enough she left that life forever, disgusted with the peripatetic lifestyle that was always fraught with danger. Now, she finds her mother has left her the most recent sting scheme, a shop in Berdache, Arizona. Apparently there are "vortexes" around Sedona, and there are some less powerful ones around Berdache, but still enough to support a half dozen occult bookstores and New Age crystal shops. One of these is the White Magic Five and Dime.

Alanis has no doubt that her mother was as slick and crooked as ever, but since, along with the bookstore, she has been given an apartment and a sum of ill-gotten gains, she decides to stay awhile, run the business and try to find out who killed her mother. Another surprise is that Barbra also left a somewhat mysterious young girl inhabiting the apartment. 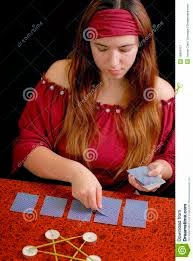 This is a captivating story that really kept me engrossed, as I followed and laughed at Alanis's attempts to learn enough about Tarot cards so that she can fake her way into her client's confidences, hoping she can find out some of her mother's secrets.

Once I began this book I didn't put it down until I was finished. It was pure fun from beginning to end. You might be more familiar with Steve Hockensmith from his Holmes on the Range series and short stories that feature cowboys Old Red and Big Red Amlingmeyer who follow the steps of their literary hero Sherlock Holmes as they use his methods of observation and deduction to solve mysteries in the wild west. Hockensmith has a great sense of humor and a charismatic way of telling a story, so I wanted to read more of his work. This led me to the genre of monster mashups. The great number of authors who have been monsterized flabbergasted me. The list goes from Dickens to Shakespeare to Mark Twain and Tolstoy. My first choice was Pride and Prejudice and Zombies (Quirk Books, 2009), by Jane Austen and Seth Grahame-Smith.

"It is a truth universally acknowledged that a zombie in possession of brains must be in want of more brains" is how the story begins. This is an edition of the classic in which the Bennet family of five sisters who live at Longbourn estate spend their days and nights practicing and using the deadly arts, as learned in the Orient, against an invasion of Zombies. Forget about looking for husbands, these girls are much admired zombie assassins. 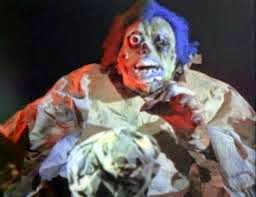 The main plot of Austen's original remains intact, but there are a few tweaks, especially as regards certain characters in the book who come to different––but more satisfying––ends.

This book was hilarious at times, but my main complaint is that the mythology of zombies was vague. There were mentions of a strange plague, but it was never clear how the strange events began, nor how the condition was disseminated. The zombies were pulling themselves out of the ground in various stages of decay, from newly disgusting to ancient remains. Aside from the fact that these creatures were looking for brains, it was never clear just what behavior could be expected from the wanderers––and this was odd, because these events had been going on for decades. 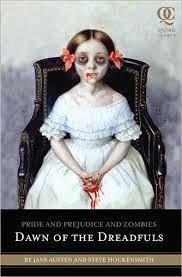 Steve Hockensmith wrote a prequel, as well as a sequel, to PaPaZ. Both of these are based loosely on the Jane Austen novel. The first, Dawn of the Dreadfuls: Pride and Prejudice and Zombies (Quirk Books, 2010) takes place when Elizabeth Bennet is just 17 years old. Things had been quiet in Meryton for some time, and everyone was taken aback when a corpse began to rise at his own funeral. Mr. Oscar Bennet had been instrumental in quelling the first insurgence of the living dead, euphemistically referred to as "the troubles," and he began a rigorous training program to turn his daughters into fierce warriors.

One of the best ways to put a period to the existence of a Zombie was to whack it on the head so to sever the connection from brain to body. This reminded me of the summer arcade game of Whack-a-Mole. 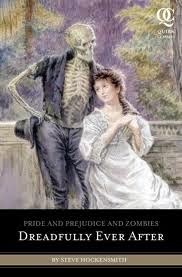 Hockensmith's take on the mythology of Zombieism is more detailed and explicit, and we learn that the bite of a zombie causes the strange plague to spread. The only recourse to this is to hack off the offending body parts, which did result in some bizarre residual humans. In the end, the mechanics of who is called to the peculiar situation is still unclear, leaving it a mystery as to why entire cemeteries empty, as their inhabitants reclaim an existence above the grass.

In Pride and Prejudice and Zombies: Dreadfully Ever After (Quirk Books, 2011), Hockensmith picks up the story several years after the marriage of Elizabeth Bennet to Fitzwilliam Darcy. Elizabeth is in a race to discover a cure for the strange malady before she has to behead her husband. It is fortunate that the troubles remain restricted to England. Thank heaven for island nations. 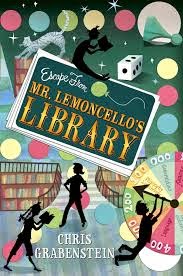 If your idea of fun is testing your own mental agility, then grab Chris Grabenstein's Escape from Mr. Lemoncello’s Library (Yearling, June 2014) and settle in for a good time. It has been 12 years since Ohio's Alexandriaville Public Library was torn down. At one time, Mr. Luigi Lemoncello, the son of immigrants, spent many happy hours in a library, wanting to learn about his new country. He is now a brilliant gazillionaire who earned his money by creating fantastical board games and electronic games loved by children and families everywhere. 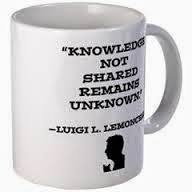 So he is responsible for the creation of a wonderful new facility, filled to the brim with books, computers, holographic history lessons, and a magical ceiling made up of nine individual video screens that can operate together or individually, giving the impression of the brilliance of Times Square; a Wonder Dome, indeed.

To celebrate the opening of the new library, Mr. Lemoncello conceived of an event that would bring in lots of attention. Twelve 12-year-olds were going to be selected to enjoy an overnight lock-in, with food, prizes and games. 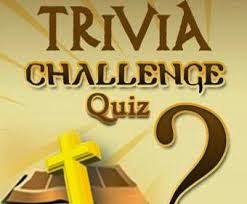 Kyle Keeley isn't big on books, but he is a whiz on board games as well computer games, so he was excited to be chosen, along with some of his friends. What they find after the doors have been closed and locked is that they are to be part of a great game, the object of which is to find a way out of the library without going out the front door. There are also rules debarring them from escaping from windows, what few there are, and fire doors.

The clues they have on hand are that everything they need to know is on their library cards, and that the library itself contains everything the players need to complete their plans. Kyle teams up with a few friends and the game is afoot.

This book was exciting and lots of fun because the readers have to put their own thinking caps on to solve the riddles, rebuses and value suggestions. Readers will find out if indeed they are smarter than an average seventh grader. The dénouement of this story leads to a mysterious surprise and a challenge. Go for it! 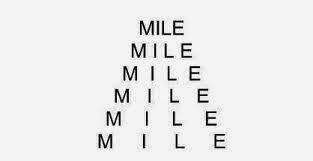 To warm you up, here's a rebus which is a clue to how one feels at the end of a day at the state fair. 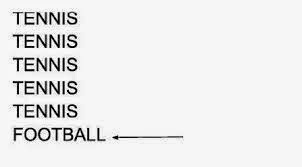 And this may be what interests you tomorrow:
Posted by Maltese Condor at 4:00 AM