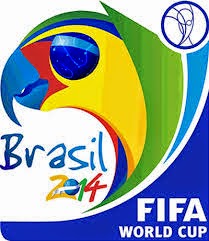 The Neruda Case by Roberto Ampuero

FIFA World Cup Fever is rising to a peak with less than two weeks of play to go. Chile, a strong favorite, was one of the teams I was following and this past weekend they were edged out by Brazil's plucky successful penalty shot. It was a heart breaker for the Chileans. Team USA has played its swan song today against Belgium. It was a great struggle, but Belgium was the victor. 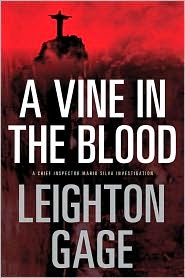 Tomorrow is another day, and there is more excitement to come. There is always a few days' gap between the matches of your favorites, and I filled these hours with a few good books. One book that really captures the drama surrounding World Cup Fútbol is Leighton Gage's A Vine in the Blood, reviewed here two years ago. It is a mystery that takes place in São Paolo, a city in the host nation of Brazil. Juraci Santos, a vindictive, difficult woman, is missing and she happens to be the mother of one of the greatest, and perhaps most famous, fútbol player in the world, Tico "The Artist" Santos. Until she is found, the Artist, the principal striker for the Brazilian team, won't have his mind on fútbol.

The book I chose to help me pass the time between matches was The Neruda Case, by Roberto Ampuero (Riverhead Hardcover, 2012). Pablo Neruda was a Chilean poet who won the Nobel Prize for literature in 1971. He gained a little more fame as a central character in the acclaimed Italian film, Il Postino: The Postman. In the movie Neruda, exiled from his homeland, hires Mario, the son of a fisherman, as his personal mailman and introduces him to the world of poetry so that Mario can win the heart of the most beautiful woman on the island. The Neruda Case begins with Cayetano Brulé, a young man living in Valparaíso, Chile, during the years of turbulence in the Salvador Allende era. Cayetano, still in his twenties, is really a man without a country. He was born and raised in Cuba, just outside of Havana, but moved with his musician father to the USA and remained there after his father was killed. He later met a young and beautiful revolutionary who was attending college in Florida, and he married her and moved back to Chile with her. But no place seems like home to him.

Brulé had come to the area at a terrible time. There were shortages of food and of almost everything. There were political grumbling and mini coup attempts and a general sense of disruption. One day, he and his wife Angela were invited to the home of Pablo Neruda. Neruda was a great friend of Salvador Allende. While Neruda was more vocally a communist, Allende believed in an experiment in socialism achieved by democratic means. But he was beleaguered by one misfortune after another and the country was dying slowly. 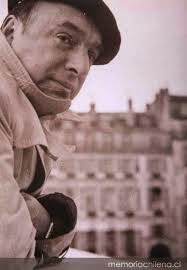 Neruda makes it a point to meet with Cayetano, because he has a mission for him. At this time in Neruda's life, he is slowly succumbing to cancer. Before he dies, he wants to find a Doctor Bracamonte, whom Neruda thinks is in Cuba. He believes that Cayetano is just the man for the job, because he is Cuban and can enter as well as leave the country and, to add to this, he is discreet. When Brulé points out that he is no detective, Neruda gives him a bunch of Inspector Maigret books written by Georges Simenon and tells him that everything he needs to know will be in there. There is more to the story, and what Neruda really wants is to solve the last great mystery of his life.

Cayetano agrees to the mission and then sets off on a chase that leads him to Havana, then to East Germany, back to Chile and finally to La Paz, Bolivia. But he is not sure about Neruda's advice to use Maigret as a mentor. It was one thing to live in an ordered society with logical laws, like Great Britain, the USA or France, and another thing entirely to be a sleuth flying by the seat of the pants in Latin America, where little was logical and nothing could be counted on to make sense. Cayetano believes that if Sherlock Holmes or Sam Spade were transplanted to Latin America, all their instincts would fail them. But he perseveres. 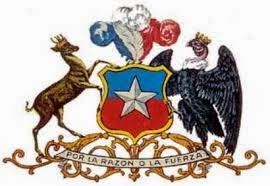 The story has a fascinating backdrop and Ampuero subtly compares and contrasts the democratic socialism in Chile, the poverty-stricken communism in Cuba, and the stark reality of Cold War life in East Germany. From both Berlin and Cuba there was no exit, and while people might be starving, disgusted and hostile in Chile, the borders were still open.

This is at heart a romantic story and a political thriller that unfolds as Pablo Neruda's death approaches and Chile lurches to the end of one convulsive era and tiptoes to the beginning of another: 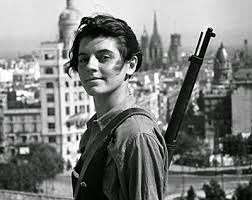 Pablo Neruda was Chilean Consul of Spain during the Spanish Civil War after which he became an ardent communist.
Posted by Maltese Condor at 9:36 PM