The Russian Prisons Must Be Empty 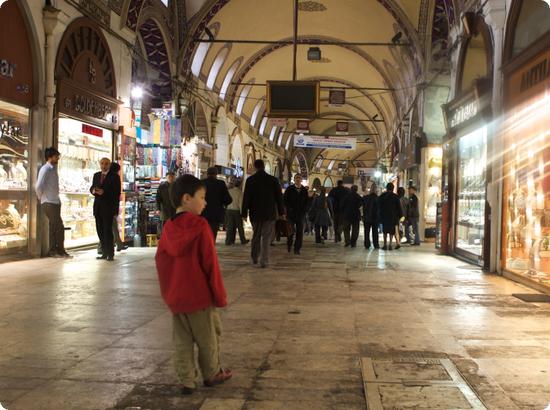 Why do I say that? Because the only conclusion I can reach after reading these books is that all the Russian bad guys are elsewhere.

Barbara Nadel writes the excellent Inspector Cetin Ikmen series that takes place in Istanbul, Turkey. Once known as Constantinople (and even if you paid no attention in geography class, you would know this if you ever listened to the They Might Be Giants song "Istanbul"), the city overlies the Bosporus and is the crossroads of Europe and Asia.

In Nadel's Petrified, Ikmen's junior colleague Mehmet Süleyman is wandering around the Grand Bazaar and is sickened by the men in the "mobster" uniform of leather jackets, whatever the weather, and a gaudy display of gold jewelry. Alongside them are their even more ostentatiously bedecked women, and Süleyman wonders: when had this become normal? There had always been gangsters in the city but this, the Russian mafia, was crime on a different level.

Süleyman is investigating crime boss Valery Rostov, suspected to be the head of Istanbul's Russian organized-crime ring that has its fingers in every dirty pie in the multicultural city. The big case on the plate of Süleyman's superior, Cetin Ikman, is the disappearance of the twin children of a famous, and infamous, local artist. As Mehmet worries that Süleyman is being manipulated by Rostov, he also begins to see links among the Russians, the lost children and the bizarre artwork of the children's father.

Five thousand miles away in Detroit, the Motor City, in Michael Koryta's first book, Tonight I Said Goodbye, PIs Lincoln Perry and Joe Pritchard are trying to save what remains of a family from another set of vicious Russian mobsters. This book's page-turning suspense made Koryta a finalist for the 2005 Edgar Awards' Best First Novel category.

Let's move west, out to Phoenix, Arizona, where they say it's a Dry Heat (Jon Talton). Talton's series features David Mapstone, a history professor turned cold-case expert for the Maricopa County sheriff's department. His wife Lindsey is in the department's cybercrimes unit, which has just had a triumph against—you guessed it—the Russian mafia. But don't start the Stolichnaya toasts too soon. When three members of Lindsey's unit are killed in a hit, David and Lindsey are forced to go into hiding. They must keep their heads down while he works on a 50-year-old murder of an FBI agent, and they try to figure out how to stay alive long enough to bring justice to both the past and present.

New York City has always been a mecca for all the world's peoples. Reggie Nadelson tells us that it's knee deep in Chechens, Azerbaijanis and, of course, Russians. In her Red Hot Blues, Artie Cohen is an NYPD cop who grew up in Moscow. When former KGB general Gennadi Ustinov is killed while appearing live on a New York talk show, Artie is put on the case. After all, Artie speaks Russian. Not that it's so easy for even a Russian-speaking New York cop to try to find the truth when it leads to the Russian mafia enclave in Brighton Beach. Artie's investigation reveals secrets involving small Russian nuclear devices and requires him to return to Moscow, where he must confront his secret past as the son of a KGB superstar father and a Jewish mother.

These days, Eurocrime is very popular, and we read crime fiction from all over the continent. In Siren of the Waters, by Michael Genelin, Jana Matinova is a commander in the Slovak police force and a woman with a difficult past during the Communist era. Matinova teams up with a Russian colleague to track Koba, a ruthless and sadistic Russian master criminal they suspect of directing a sex slave network. Their investigation takes them to Ukraine, Strasbourg, Vienna and Nice, all places caught in the octopus-like tentacles of the Russian mafia, hunting for Koba as he, in turn, levels his sights on a beautiful young Russian woman as his next prey.

In Three Seconds, by Anders Roslund and Börge Hellström, it's the Russian mob's little brothers, the Polish mafia, who keep an active presence in the Swedish prison system. The perverted theory that benefits both the mob and certain elements of the state is to provide drugs gratis while the felon is imprisoned, and he will do anything required to keep the goods coming. The drugged-up inmates are more easily controlled and help save money on prison guards. The numbers of these men coming out of prison then swell the ranks of the mafia.

After reading these books, I began to wonder if there is any place where purely home-grown crime predominates now. It looks like it takes an island for that. Someplace like Iceland, Australia or Antarctica. Cuba might be out for the Russians these days. They don't seem to have much love for the Russians there now and there isn't much money to be made there. Anyway, all the getaway cars were made before 1950 and are held together with duct tape.

But now that I think about it, plenty of Russian bad guys have kept their dirty work at home. After all, Martin Cruz Smith's Arkady Renko and Stuart Kaminsky's Porfiry Rostnikov seem to be just as busy fighting crime in Moscow today as they were 20 years ago. And to be completely fair, I seem to recall that in Smith's Gorky Park, the main bad guy was actually an American.

I enjoy listening to music while I read and ponder. I am including a part of of my iPod playlist that reflects some of the ambiance of the locations of these mysteries:

[Unfortunately, the embedded HTML coding that allowed the music to actually play was creating problems for some Chrome and Internet Explorer users, so we've removed it. We'll replace it after troubleshooting. We're sorry for your inconvenience!]
Posted by Maltese Condor at 7:54 AM