There Ain't Nobody Here But Us Chickens

On Monday, my good friend Della posted "Last Night I Went to Bed With a Murderer" about her propensity for reading murder mysteries in bed. Excellent stuff; you should go read it if you haven't already. Della's post got me to thinking about reading in bed and especially about reading spinetinglers in bed. The fact is, though, I can't. First of all, my record for staying awake while reading in a horizontal position is somewhere around 11 minutes. But, more importantly, I don't like my spine tingled at any time, especially not when it's dark and who knows what might be lurking outside. When you live in the sticks, there are enough creepy noises in the night. I don't need some author prompting me to imagine even more.

I admit it: as a reader and viewer, I'm a complete coward when it comes to violence, horror and sometimes  even suspense. I was the kid who had to leave the room when The Twilight Zone came on. Just hearing the theme's dee-dee-dee-dee dee-dee-dee-dee would have me rocketing out of my chair. The first movie I ever went to was Pinocchio, and when he got swallowed by the whale well, let's just say that's 50 cents my mother regretted spending.

I haven't gotten a lot more sanguine with age. I've never seen Jaws or The Exorcist. And don't even think about trying to persuade me to see them now. It would just confirm what I already know–and make me bitterly resent you on top of it. We don't want that, do we? 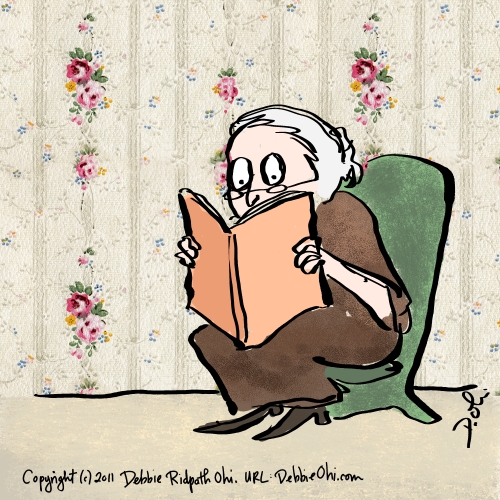 I'm only slightly better when it comes to books. My preferred mysteries are those in which the violence occurs off scene. It isn't that I've never read suspense or thrillers. I've read some of Val McDermid's Tony Hill/Carol Jordan series, for example. I can't say they weren't excellent, but when I got to one with the title The Torment of Others, I took that as a none-too-subtle hint that it would be beyond the horizon of my tolerance. I mean, seriously: the torment of others? I won't watch America's Funniest Home Videos because it torments others too much. I gave up Stuart MacBride's Logan MacRae series when I read Flesh House (a major mistake for me) and the titles alone of his subsequent books make it clear to me that I got out in the nick of time: Blind Eye, Dark Blood and Shatter the Bones. 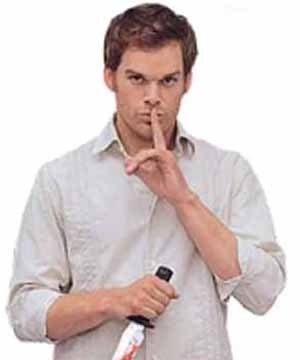 I've been a big fan of Jo Nesbø's Harry Hole series, set in Oslo, but his most recently translated book, The Leopard, features a serial killer whose work is spectacularly creepy and repulsively gruesome. This from a guy who has written a children's book called Doctor Procter's Fart Powder? But he's hardly the first author who has decided, for some reason inexplicable to me, that a serial-killer plot is just the ticket. Well, not only are those books too scary for me, the last thing I want is to be taken into the twisted psyche of the killer, which seems to be part and parcel of serial-killer books. The book becomes a cat-and-mouse game in which the reader is invited to feel at least a tug of sympathy for the killer. I prefer my murderer to have a particular animus toward one person (I might stretch it to a small group of people), and I like him or her to have a reason for murder that I can relate to, even if I wouldn't find it sufficient to drive me to shoot, stab, poison, electrocute, cosh or otherwise dispatch the victim.

So, is it clear to everyone that when it comes to violence, horror and serial killers, I'm way off the bandwagon? What appeals to me about crime fiction is the puzzle solving and the characters. I want to read books that tell the truth about the characters in it and how they came to do whatever it is they do. True, in one case, that character will have committed the ultimate sin. But I don't need to have that sin described to me in graphic detail or have the victim's terror and pain played out in the text.

In light of this confession of my lily-livered nature, some might think it's strange that I read a lot of World War II history in which, of course, there is enough horror for even the most intrepid reader. But somehow, I feel that because there can be such real horror in the world, I don't want it in my fiction reading. I know there are many other readers who feel just the opposite: they will read novels with violence and horror, but don't want that in their nonfiction reading.

But back to mystery. In traditional mysteries, the reader need never see into the full depravity of the murderer's mind because, for one thing, the murderer is exposed at the close of the book. But just because a book isn't filled with teeth-clenching suspense or harrowingly graphic descriptions of violence doesn't mean that it's mild or dull. The discovery of the victim's body can be a moment of shock and horror; all the more so because the reader hasn't been subjected to a literally blow-by-blow account of how the corpse came to be. The examination of motives and the revelation of the murderer's identity are often emotionally intense.

In Dorothy L. Sayers's Gaudy Night, there isn't even a murder, but when Lord Peter Wimsey takes center stage in the Senior Common Room of an Oxford women's college and reveals the identity of the person who has been leaving poison pen notes and playing increasingly nasty tricks on its faculty and students, it's one of the most emotionally raw and intense moments in crime fiction. I recently re-read Ngaio Marsh's A Clutch of Constables (or, rather, listened to the audiobook), and Agatha Troy's horror when, while admiring the river and countryside while on a barge cruise, she discovers a murder victim, is arresting:


"Troy leant on the starboard taffrail and watched their entry into this frothy region. She remembered how she and Doctor Natouche and Caley Bard and Hazel Rickerby-Carrick had discussed reality and beauty. Fragments of conversation drifted across her recollection. She could almost re-hear the voices.

'–in the eye of the beholder–'

'–a fish tin with a red label. Was it the less beautiful–'

'–if a dead something popped up through that foam–'

Hazel Rickerby-Carrick's face, idiotically bloated, looked up; not at Troy, not at anything. Her mouth, drawn into an outlandish rictus, grinned through discoloured froth. She bobbed and bumped against the starboard side. And what terrible disaster had corrupted her river-weed hair and distended her blown cheeks?"

I was out walking on a warm, sunny day when I reached this point in the audiobook, but I felt a chill upon hearing these words and visualizing the scene so vividly portrayed. I had a real feeling of the disorientation and shock Troy felt when making this nightmarish discovery. And that's what works for me. Horror once removed. (At least once; after all, I am a chicken.)

My state of mind puts me on the sidelines when people rave about authors like Mo Hayder, Thomas Harris and Jeffery Deaver, but I know there are plenty of other people who can't wait to read their books. Some of my best friends enjoy a good nightmare-inducing plot, an evisceration or two and witnessing a gruesome autopsy alongside a medical examiner who is expert in the arcane ways of establishing time of death. Who knows, some of the Material Witnesses may be in that group. If so, we'll be hearing from them very, very soon.

So are you in the chicken coop with me or are you prowling around the pen, just waiting to pounce? If you're in with me, you're probably already familiar with classic authors like Agatha Christie, Dorothy L. Sayers and Ngaio Marsh. Have you tried modern authors like Louise Penny, Reginald Hill and Fred Vargas? These are authors who don't sneak up behind you and yell Boo! but who also don't shy away from examining the feelings that compel a murder and describing the emotional impact of the crime on witnesses and those connected to the victim.

Now if you're not a chicken, my recommendation is um, uh . . . Can I get some help here?