What’s Amiss With the Amish?

As I go through my day, I have the pleasure of seeing what different sorts of books people are reading. Along the way, I get hints about what’s hot and what’s trendy. One of the recent trends that I have been noticing in the past year is the upsurge in the sub-genre of novels about the Amish. Much of what I see being read are stories about plucky heroines living through some sort of life-affirming change. Hmmm. Naturally, my interests being somewhat murkier, I have plenty of questions for these readers. 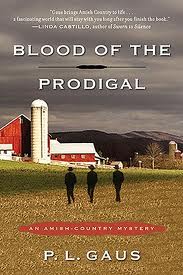 None of the subjects of my third degrees actually want to be Amish; they just admire what they think they know about that way of life. Mainly, they are interested in books they can rely on not to be filled with gore or blue language. They usually can expect not to run into graphic violence or sexual behavior in the Amish books they're reading. The Amish culture is tantalizingly unknown to most of the readers as well. They are intrigued by the culture of a people that sets itself apart from the mainstream in dress, language and lifestyle. This type of novel is known as "bonnet fiction." I wondered if there were murder mysteries in this category. There were.

One of the series that I looked into, read and liked was P. L. Gaus's Michael Branden series. It begins with Blood of the Prodigal, which takes place in Ohio, where many of the Amish-flavored books are centered. The Amish (or “plain people") and the English (or "vain ones") share a county. Most of the time the Amish keep to themselves and solve their own problems, but when a 10-year-old boy is missing, the local police are called in at the behest of Bishop Eli Miller. A local pastor, Caleb Troyer, and college professor Michael Branden help the Sheriff investigate. 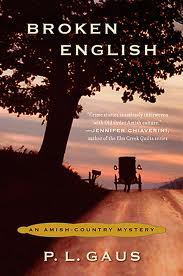 In Broken English, the next in the series, the violence escalates a little as felon Jesse Sands, after serving a sentence of 25 years in a New Jersey prison, is released and quickly heads across Pennsylvania and West Virginia towards Ohio. Behind him he leaves a wide swath of murder and destruction as he exacts a harsh measure of revenge on every innocent who helps him. On a rainy night in Millersburg, he looks for shelter and for something to steal, for he is running out of money. He is surprised by a young woman who has time to dial 911 before she is shot and killed by Sands. Sands is accosted outside the house as he leaves and is arrested. 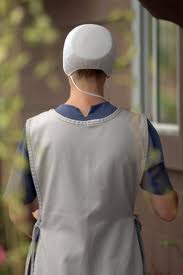 Later the girl’s father, David Hawkins, asks to see the prisoner and his wish is granted. He has come to forgive Sands in the Amish way. After Hawkins tells Sands that he forgives him, Sands whispers something that makes Hawkins go berserk and nearly throttle the murderer before he is restrained. Hawkins manages to take down the deputy who restrained him and then he leaves. Now no one can find him.

David Hawkins was once a soldier who was trained to kill by the U.S. military. In order to gain some measure of tranquility he contacted an Amish friend of his and did what was necessary to join the Amish community. He had been among the "plain people" for seven years when the tragedy of his daughter's murder struck him. A basic part of the Amish belief is that vengeance belongs to God and He will deal with it in time. Everybody is afraid that David has cracked and reverted to his old way of life, but David’s closest friends have grim faith that he is still abiding by the Amish pacifist ways. 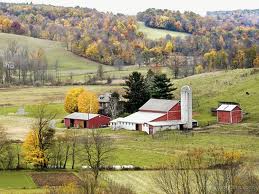 A few days later, another murder takes place and a reporter who had been looking into David Hawkins’s background is found shot in the head. Now the sheriff is confident that David Hawkins has reverted to the military killer that he once was. Professor Michael Branden of the local college and Pastor Caleb Troyer are usually the sheriff’s allies, but now they feel there is more to this story and they begin to build a very different case.

Paul Louis Gaus lives in Wooster, Ohio, a few miles north of Holmes County, where the world’s largest and most varied settlement of Amish and Mennonite people reside. His knowledge of the "plain people" comes from exploring narrow blacktop roads and gravel lanes of the communities whose members live close to the "English" non -Amish people. There are seven books in this series so far. 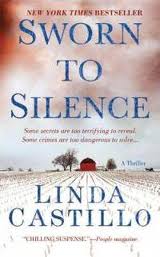 Now, I have suggested that in Amish-themed stories there is likely to be less graphic violence. Well, that is definitely not the case in Sworn to Silence by Linda Castillo.

While also taking place in bucolic areas of Ohio, the story begins with a flashback a description of the actions of a madman known as "The Slaughterhouse Killer" so graphic that is best read with your eyes averted. Unfortunately, what you miss on the first go-round is bound to pop up again and again for your edification. The lone survivor of that years-earlier series of brutal murders was Kate Burkholder, then a young Amish girl who left the faith and her home after the killings. Kate went into law enforcement in the city before returning to her home town of Painter’s Mill as Chief of Police. One snowy day, another body is found with all the hallmarks of a maniacal killing dealt by the Slaughterhouse Killer. Kate has to reconnect with her Amish family in order to solve this case before more girls are killed. In this novel, there is no respite from violence, four-letter words and the only sex is criminal. There are three novels in the Silence series; the next is Pray for Silence and new this year is Breaking Silence.

In a somewhat feminine homage to the movie Witness, Karen Harper has written a story that takes place in, where else, Ohio. Dark Harvest is about an Amish community under siege from an unknown foe. At first, they were targeted by mean-spirited pranks such as the spray painting of quilts hanging on clotheslines. The leaders of the community do not report these things to the authorities because they believe that they are under God’s protection. But when some of the pranks become more dangerous and the lives of children may be at stake, Luke Brand, the son of the ailing current bishop asks the local authorities for help. Into the community comes Kat Lindley, masquerading as Luke’s fiancée. Kat is a policewoman recuperating from an injury and now she is on hand to observe whether the pranksters are local militia who are anti-everything, local carpenters who dislike the Amish carpenters or, even worse, ostensible friends to the Amish. The deaths of two bishops escalate the fears in the community and Kat finds herself in some dangerous situations before she is able to hone in on the culprits. The excellent cooking of her Amish hosts is one perk of the job that is changing the way she looks at herself–but not in a mirror of course, since that is forbidden vanity. This story is the second in a trilogy, bookended by Dark Road Home and Dark Angel, and Harper has started a second Amish series featuring an artist who paints murals on barns in her Amish community. 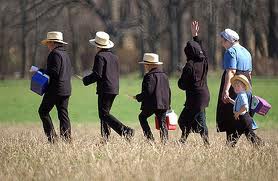 Most of the stories I have read include a good dollop of Amish culture, but some of them really gloss over the hard parts, or parts you may not agree with, such as the limited education allowed. Still, there is usually a good look at some realities we among the "English" would find hard to adjust to. Hardships from my point of view would be the underwear, or lack thereof (no bras), the eighth-grade end to school, and outhouses. Worst-case scenario would be little light to read by and no time or need to read in any case. No, I would not make it in this life.

The Amish do have groups with varying strictness about certain aspects of their culture; no two sects are exactly the same, except in the basic religious beliefs. But, as one character puts it, we are human too. This aspect is dealt with by the Rumspringa, which allows adolescents a period of time to cut loose without condemnation, so that they can then make a decision to leave the community or choose a life commitment to the faith (as most do). 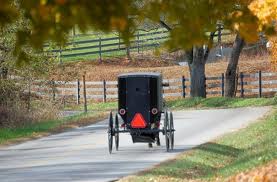 We all know from current events that despite the efforts a community makes to preserve a way of life, evil people and evil deeds break down the walls. So murder mysteries and crime stories revolving around a reclusive pacifist sect or culture are bound to be written, read and enjoyed for many different reasons. Human frailty spares no one and that is the grist of fiction writing. I avoided reading that nonfiction book about the true crime murders in the Amish schoolhouse. Fiction I can handle; reality, not so much.
Posted by Maltese Condor at 4:00 AM