There are places in this world whose names are almost synonymous with misery. Places you would rather not experience, like Outer Mongolia, the Black Hole of Calcutta, the wilds of Borneo, and Siberia. To some, because there isn’t a hope in hell that there would be a Starbucks, the place to avoid is the Back of Beyond. But that is in real life; travelling to these areas by way of fiction is another story altogether.

When I first picked up Michael Walters' book The Shadow Walker, I was immediately transported to Ulan Bator and my first reaction was to flip to Google Earth to see where this was and what a city located on these steppes would look like. This is one of the least populated areas of the world. This mystery was a gripping tale that was as much about the far reaches of Mongolia as it was about the story. An unusual protagonist, Nergui, who, along with the head of the Serious Crime Squad, Doripalam, solves the case of the murder of a British geologist whose body was found in the city's best hotel, the Chinggis Khan. 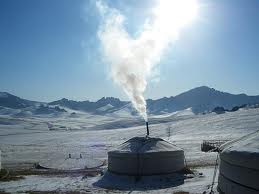 In the second in the series, The Adversary, Nergui's case takes him further out into the steppes as he tries to find connections between the disappearance of a young nomad boy and the death of his mother, and the country's most powerful crime lord, whom Nergui has been after for years. Aside from the setting, the characters themselves are so intriguing that they are memorable. It is not the 87th Precinct. Instead, you have a police crew that is trying to help Mongolia into the 21st century. The land is free of Soviet influences, but unable to master freedom without pervasive corruption. Nergui sometimes feels like he is operating with one hand tied behind his back. He can do all that is possible for ordinary crimes, but organized crime is off limits. 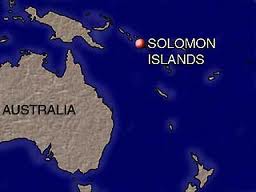 I have not come across a murder mystery written about Borneo, but Graeme Kent has a new book that transports the reader to the nearby Solomon Islands. This is a new series featuring Sergeant Ben Kella, a touring government police officer who was also the aofia of his tribe, a man chosen by the spirits to keep the peace. He joins forces with a young newcomer to the Islands, Sister Conchita, who has just been appointed to help the priest at the mission. The islands are a British territory and Kent enlarges on the ambiance and the history of the progress of the area towards independence. Sergeant Kella has been educated both in Sydney and London, where he took a Master's degree. He even did a little police training in Manhattan.

Some of the locals still feel the yoke of colonialism and the feeling is that the British would prefer to restrict the education of the islanders so that the better jobs can be saved for non-islanders. In Devil-Devil, an elderly man has been killed and Kella must investigate and solve the crime without causing bad feelings and enmity among the different generations and the different tribes. On this island where the crime took place, there lived 13 different clans, each speaking its own language. It was a powder keg. Kella and Sister Conchita walk a fine line inexorably to the solution and I can't wait to read more about this pair. 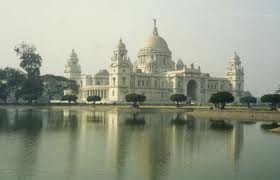 I have heard about the Black Hole of Calcutta most of my life without realizing where it was exactly. The Black Hole of Calcutta is a cell in the jail of a British fort in Calcutta, now known as Kolkata. In the middle of the 18th century, British and Indian troops fought at this fort. A reported 146 defenders of the fort were driven into the small cell and many had suffocated by the next morning. 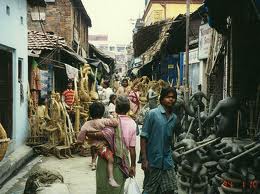 I have encountered only one writer of mysteries that take place in this city, now becoming better known as Kolkata. Are we becoming more politically correct, as we now speak of Mumbai and Kolkata, or did they change their names from Bombay and Calcutta? Satyajit Ray, better known as a filmmaker, wrote a series of stories that were collected in The Complete Adventures of Feluda. These are short stories about a young amateur detective who is really a renaissance man who can do almost anything. He is well-versed in the martial arts and is a marksman. He reads about photography, geometry and anything that can help him solve crimes. He gets more adept at crime solving as the stories progress. In the Royal Bengal Mystery, you see some elements of a Sherlock Holmes influence. 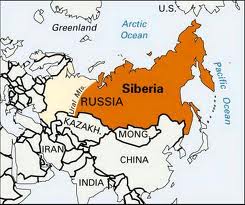 Being banished to Siberia reminds me of the nightmarish tension of the Cold War in the 1960s and 1970s. The name "Siberia" means "sleeping land," and for a thousand years, while Europe and Asia developed, Siberia slept. It was five million square miles and could swallow all of Western Europe and two USAs. It is covered by taiga (forests) and animals, vast deposits of minerals and more. It is a land of perpetual winter, where the temperature on a good day is forty below. In A Cold Red Sunrise, Stuart Kaminsky's Russian detective, Porfiry Rostnikov, a dogged, intense Moscow police Inspector who occasionally gets on the wrong side of the KGB, is sent on a case to this area of tundra and snow. 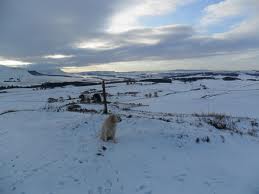 Tumsk, the town where Rostnikov and his partner are sent, was built around a weather station. This place had not resisted change; it had not even been threatened by it. It was a collection of a few houses and government buildings. A Commissar from Moscow had been murdered while investigating the death of the daughter of a Russian dissident who had been exiled to Siberia. The exile in question was a brilliant doctor whose situation had gained some press in the West and the authorities want a quick resolution to the problem.  And, of course, Rostnikov obliges as always. 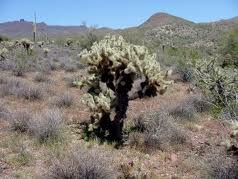 We might differ in our opinion about what constitutes the Back of Beyond. I have felt at times that it is where I live, because we have no bookstore, but there are more backward places. In Steven Havill's Scavengers, the story takes place in the New Mexico desert near a town called Maria. Ex-Sheriff, now livestock inspector, Bill Gastner describes it as having lain comatose since the day Coronado walked through. 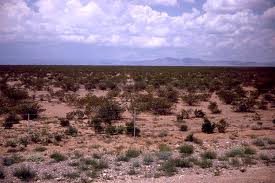 This story is the first one in the series that features Estelle Reyes-Guzman as the new Undersheriff. She is called to the isolated desert area because first one body, then another, is found dumped in this desolate area. Reyes-Guzman is as sharp as a tack. She sees small discrepancies and details that help her solve these mysteries in a relatively short time. These stories have an excellent pace as well as a good sense of place. Havill makes me want to visit this area. Even though it is bleak, he makes it sound out of the ordinary.

When I close this kind of book, I am really happy to be where I am, having enjoyed a glimpse of life in places of nightmares for some, while I am either warm and cozy or cool and content in my own chair.
Posted by Maltese Condor at 4:00 AM