Stories that take place at the interface of cultures have always fascinated me. Not in the drama of big desperate events like wars, but in the curious frictions of everyday living where very different lifestyles and values collide. Barbara Cleverly has set the first four mysteries of her series in post-World War I India during the last hectic days of the Raj, when the British lived with increasing unease and prewar formality in little enclaves like blisters on the seething subcontinent.

In The Last Kashmiri Rose, Commander Joe Sandilands of the Yard, gentleman and war hero, has been seconded to Calcutta for six months to teach a course in the new science of forensic detection. He frankly can’t wait to get home to the fog and chill of London. But on the morning he is to take ship, the Governor-General asks him to investigate a curious series of apparently unrelated deaths–all of memsahibs, all in March, all on the same small station over a number of years. An oppressively lush tropical setting, plucky (if terrified) wives, suave and impenetrable natives, and damned and doomed romances enliven this very well crafted fair-play mystery, which manages a few twists right to the very end. Has Joe left anything of himself in this remote place? He–and we–may never know.

Ragtime in Simla finds Joe traveling to the resort city and summer capital of the British Raj in the cool foothills of the Himalayas, as the guest of Governor-General George Jardine, for a well-earned vacation.

When the genial opera singer with whom Joe shares the Governor’s open limousine is moved by a particularly lovely view he asks the driver to stop, stands up, and sings a beautiful aria. In mid-note, he is shot dead by a bullet from a high-powered rifle! Joe later learns that another victim, brother of a fascinating and powerful Simla businesswoman, had been shot in the same location the previous year. Once again, Cleverly has set a twisted story and vivid characters in a complex environment, this time of the rich commerce that funded the Raj and the sumptuous depravity of its death throes.

Joe is visiting an old friend, commander of a remote hill fort on the Afghan border in The Damascened Blade when the Governor-General snags his services again, this time to babysit a spoiled and bored American heiress who wants to see "the real India." Impatient as I am with both unjustifiably arrogant and TSTL (too stupid to live) characters, I was prepared to detest Lily Coblenz.

Joe's friend Jamie hosts a vivid set of characters at a welcoming dinner: his newly arrived pregnant wife, Betsy; Joe and Lily; Grace, a British woman doctor so respected by the Afghans that she is being escorted by a Pashan prince Zeman and his aide Iskandar to treat the Amir of all Afghanistan; a brash British lord eager to make trade agreements; and two officials with conflicting opinions on what is needed in the region.

Both Betsy and Zeman, the Afghan Prince, become ill in the night. Betsy is treated by Grace and recovers, but Zeman, possibly on his way to get help, is found dead at the bottom of the marble staircase with a large dent in his head. He and Betsy had been the only people to eat from a particular dish, a bird that might have eaten poisoned bait. Was his death murder or mishap?

Mayhem, kidnapping and the real threat of war on the border ensue in this story of revenge served cold, Pashan style. Lily, very far from TSTL, is caught up in the kidnapping, and proves of invaluable help to Joe in both the recovery of the kidnapped lord and the solution to the puzzle.

The last Sandilands mystery set in India, The Palace Tiger, takes place while Joe accompanies a grand hunt for a man-eating tiger that has been terrorizing the protectorate of Rainipur. 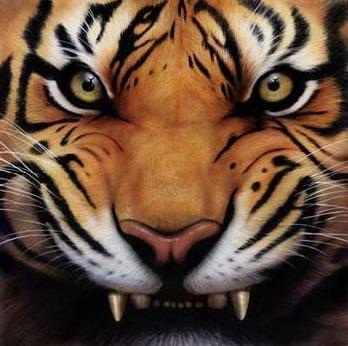 The maharajah is dying and his oldest son and heir has recently died in curious circumstances. His second son greets the visitors with a display of aerial acrobatics that ends in fiery tragedy. Only the third son, an illegitimate 12-year-old boy, is left. In this book Cleverly includes not just one, but three strong women: an Indian maharini, an American wing-walker married to the maharajah's second son, and the wife of a British official, all with conflicting interests and the drive to make things happen.

Cleverly has a preference for strong women, which is carried into subsequent books to the point of becoming formulaic. I would have preferred to see more development of the sexy and slightly mysterious Joe, but the combination of memorable women, exotic locales, and strong plots make these first books outstanding.
Posted by Periphera at 4:00 AM